It looks like we may have learned something new about the gestation period of giant anteaters, or that lonely anteaters aren’t easily deterred from getting some secret love. You decide! 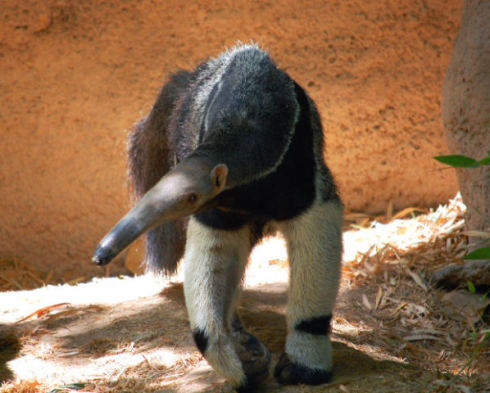 The LEO Zoological Conservation Center in Greenwich, Connecticut welcomed Archie, a brand-new baby anteater, to the world in April, but they never expected him in the first place. After all, Armani, Archie’s mother, was kept in a separate enclosure from the zoo’s male anteater since August. Note that a giant anteater’s gestation period is supposed to be over 6 months, so Archie’s sudden appearance after 9 months of Armani’s seclusion from her mate was especially startling for the zookeepers on staff.

While some zookeepers think that Archie’s conception may have been a case of delayed implantation, a process where fertilized eggs remain dormant periodically, others suspect that Armani and Alf, Archie’s father, simply found a way to mate through the shared fence that divided their living spaces.

Giant anteaters are found throughout South America and are currently listed as a vulnerable species by the IUCN Red List of Threatened Species. Their large bear-like claws are used to ravage ant nests and termite mounds to expose the insects to its two-foot long tongue. Adult giant anteaters can grow up to seven feet long, and are fairly calm animals. That said, anteaters have been known to fight off jaguars, pumas and other potential predators with their hooked claws.

Dark Ferrets of the Sith! The Animal Video Of The Day!!!