Urban Coyotes: Out Of Control In Colorado Community

The city of Boulder, Colorado, and its residents have spent decades
working to create an environment filled with nature to compliment the
beautiful views of the Rocky Mountains and the iconic Flatirons that
tower over 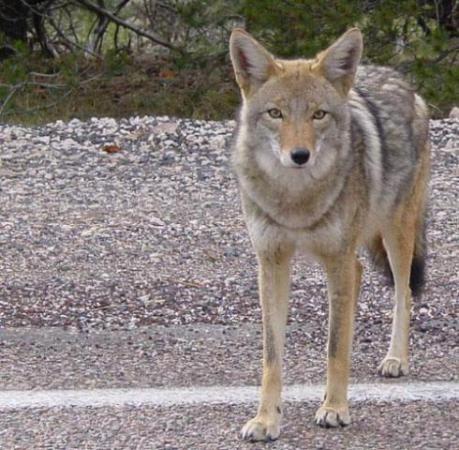 Coyote (Photo by marya (emdot)/Creative Commons via Wikimedia) the valley. Open space and green belt areas, as well as a
plethora of hiking and biking trails surround and wend through the city
environs. For the most part, residents have gotten used to living cheek
by jowl with the wildlife that comes with these areas, but the coyotes
are taking things just a bit too far.

The area that seems to be most affected is the Boulder Creek Path between 30th and 55th Streets. Between December 24 and January 2 the city recorded 7 encounters between coyotes and humans. These incidents included a biting, a woman being threatened while walking her dog, and a man doing a bicycle commute with a coyote nipping at his heels. 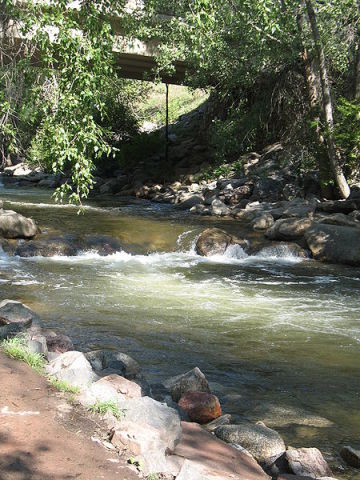 Boulder Creek -- West of Targeted Coyote Area (Photo by Susan/Creative Commons via Wikimedia)It has long been a city policy that if an aggressive or potentially dangerous animal can be specifically identified, it will be shot and killed. This policy has come under serious scrutiny in recent weeks after an on-duty police officer allegedly took the law into his own hands and killed a trophy bull elk for his own gain with the help of an off-duty officer. Both officers have been suspended without pay pending a departmental investigation and a number of criminal charges have been filed against them.

The initial plan to deal with the coyotes in this specific area is a non-lethal approach. The basic idea behind the plan is to re-educate the coyotes to fear humans once again through a barrage of intimidation tactics. For 28 days animal control officers and open space rangers will be patrolling the two-mile section of the Boulder Creek Path. If they encounter a coyote they will be yelling at them, shaking cans with batteries or pennies in them, or throwing tennis balls. In addition to the intimidation of the animals, they will also be interacting with trail users to educate them in what to do should they encounter a coyote.

It is illegal in the State of Colorado to relocate coyotes due to disease concerns, so moving the animals to a new location is not an option. If worse comes to worst, lethal actions may have to be taken, but the residents of Boulder would rather find a way to coexist with all of the wildlife in the area.

Who's Your Daddy? A Southern Right Whale In The Neighborhood