Who's afraid of bunnies? Who thinks rabbits have the capability for revenge? Not possible, you say? Yet how 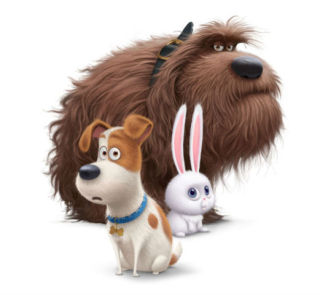 many of you have childhood memories of receiving a bunny for Easter only to discard it or let it run loose after you lost interest? Well such is the motive for a hare named "Snowball," who's vowed to raise an army of abandoned pets and is determined to wreak havoc on humanity and every owner-loving pet.

Surely by now, you realize we're talking about an animated flick. This one is set to be released on February 12, 2016. Yup, it must take a long time to turn an unassuming adorable bunny into a dark underground overlord.

Definitely breaking the mold for bunnies in the movies, dating all the way back to Bugs Bunny and Nimrod the Rabbit, when this particular animal species was included purely for comedy effect. 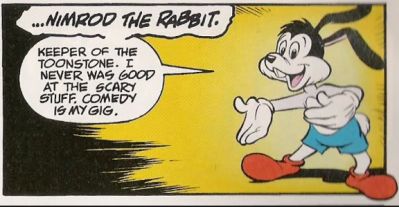 Kevin HartThe film producers and distributors from Illumination Entertainment and Universal Pictures have already cast Kevin Hart (from "Ride Along" fame) as Snowball, in addition to comedian Louis C.K. and Modern Family's Eric Stonestreet as two of his canine foils.

Billed as an "action comedy," the plot is set in a Manhattan apartment where the pets commune with their fellow four-legged friends after their two-legged owners have departed for work. There they gossip, trade barbs and help each develop adorable looks that will prompt their masters to reward them with in-between meal snacks.

According to Deadline Hollywood, the head hound is a quick-witted terrier rescue (Louis C.K.), whose position at the epicenter of his master’s universe is suddenly threatened when she comes home with Duke (Stonestreet), a blue-collar mongrel, with no polish.

Not to provide any spoilers, suffice it to say, the two soon find themselves on the mean streets of New York, where they meet the unassuming Snowball. The dogs then take it upon themselves to thwart this dastardly plot, so they can make it back in time for dinner.

Chris MeledandriKnown simply as the the Untitled Pets Movie, the film's producer Illumination CEO Chris Meledandri and his longtime collaborator Janet Healy are looking for winner to follow up their success with the Despicable Me franchise. Chris Renaud will direct, with Yarrow Cheney as co-director, from a script by Despicable Me’s Cinco Paul and Ken Daurio.

Meledandri’s Despicable Me 2 is on course to become Universal Pictures’ all-time worldwide grossing film. That movie marks the the fifth animated feature Illumination has in production. The others are:

Hopefully, this real-life bunny named Snowball lives a long and happy life. Going on 7 months, he's got a good shot at not being discarded by his pet owners. However, it would not advisable to take Snowball to the movies in 2016, less he gets any wild-hared ideas?

A Game Of Carrots: The Bonus Easter Animal Video Of The Day!!!