Ukrainian Animals Who Don't Have A Political Bone In Their Bodies

With Russia usurping its will on Ukraine, it's not difficult to begin to understand how the populace is torn between its 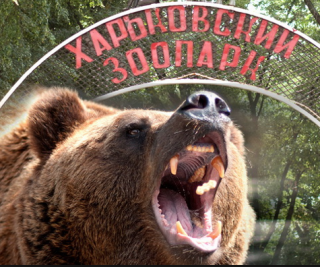 pro-Russian past and its desire for independence. Many have criticized the West for painting a bleak picture of Ukrainians being forced to return to their communist roots, as its neighbor's ominous control becomes more and more imminent. Unfortunately, these opposing views have transitioned much of this country into senseless violence, where man's basest instincts have emerged.

No matter where your sympathies lie as to what is the best course going forward, acting like animals doesn't justify the mistreatment of animals. And unfortunately one of most devastating by-products of this political upheaval is the impact it's having on the wildlife in the Kharkiv Zoo.

News reports recently emerged from the troubled nation that these zoo animals had been left to die of starvation, because the government started diverting funds from the facility in January. 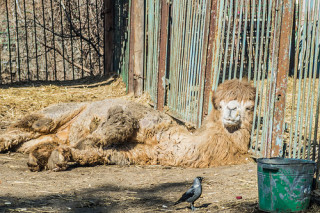 “Our animals are not fighting for power, they do not share anyone’s political views, they just want to live,” the zoo said in a statement on its website on March 6, 2014. ”Without emergency measures, our completely innocent animals will start dying.”

The zoo is still exploring its options, including setting up a PayPal account to start appealing to a broader audience and potentially receiving much-needed assistance from abroad. This would help in purchasing food in addition to help to upgrade the zoo itself (a facility which almost 120 years old).

A Facebook page titled "Kharkiv Zoo Friends" was set up on March 8, 2014 and has already attracted over a 1000 likes. Apparently this group has just closed down their crowdsourced fundraiser with GoFundMe where they raised $4066 of their $5,000 goal. 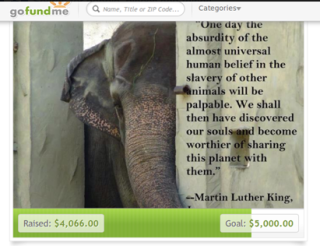 Posting a recent appeal on FB to help with food supplies for the animals, a spokesperson by the name of

"Katherine" indicated that there was an overwhelming response by the locals and Westerners.

The city of Kharkiv was the first Soviet capital and remains the Ukraine's second-largest city. Critics have said, "Ukraine’s future as a unified state depends on bellwether cities like Kharkiv, where residents are split between pro-European and pro-Russian camps." No matter - animals should not have to endure the pain and suffering these two factions engage in with each other. They are the innocent parties that need to be protected.

If interested, continue to follow this story and donate if you are in a position to help. 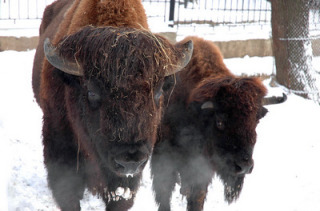