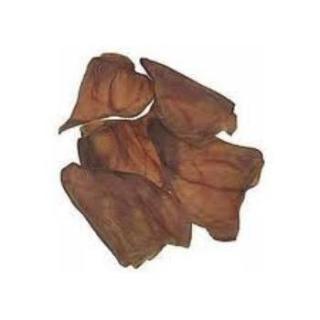 These products are sold solely at Target stores.  The  recalls involve specific lots.  The Roasted Pig Ears were sold during the month of August 2012;  the UPC code is 647263899158, and the package has the mark BESTBY 13SEP2014DEN.

The FDA reports that, as of October 17, 2012, no cases of salmonella have been reported in humans or animals in connection with these products.

Symptoms of salmonella infections in humans include nausea, vomiting,
cramping, and high fever.  Severe cases can affect one's organs and
extremities, and muscle pain and weakness may be indicative.

Pets
can experience the same symptoms as humans, but healthy pets are less
likely to show symptoms of the salmonella infection.  Nevertheless, they
can pass the bacteria along to other pets through drinking water and
feces. At any sign of infection in your pet, he should be seen by a veterinarian.

If you have these products in your home, you may return them to Target for a full refund  If you have questions, you may call Kasel Associated Industries at (800) 218-4417 Monday through Friday from 7am to 5pm
MDT.