Unless you follow cat politics, you may not have heard of Hank or Zarathustra. Hank is from the great state of Virginia, home to Thomas Jefferson and some other great American Presidents.  Hank is running for the U.S. Senate from Virginia.

Hank For Senate: image via hankforsenate.com

Zarathustra, also known as Fat Cat, has not only been the muse of Great Painters through the ages, but an important voice for change as a presidential candidate in the most recent Russian elections, losing by a narrow margin to Vladimir Putin. 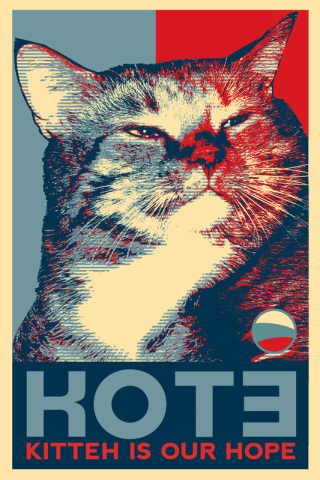 Hank and Zarathustra don't just pop up every four or six years, as the case may be.  They are always campaigning for the rights of cats and other 'treasured' animals.

They have just officially announced their trans-cultural campaign to raise money for the cats of St. Petersburg's Rzhevka Animal Shelter, cats less fortunate than themselves.  To encourage donations, Fat Cat's human, the artist Svetlana Petrova, designed a two-dollar bill with Hank and Fat Cat's images embedded. 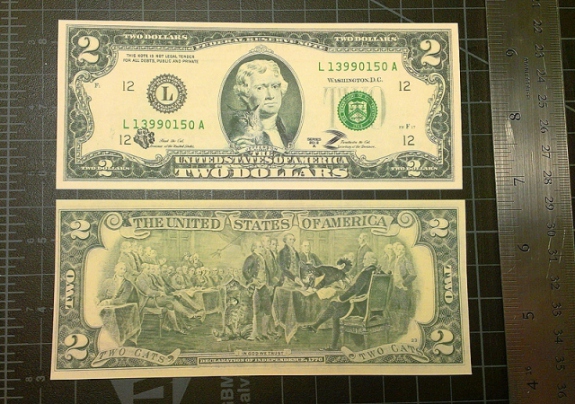 The front of the two dollar cat bill features Hank, boldly sitting on President Jefferson's lap with his name in lights - one wonders if Hank actually 'bought' Jefferson's election? 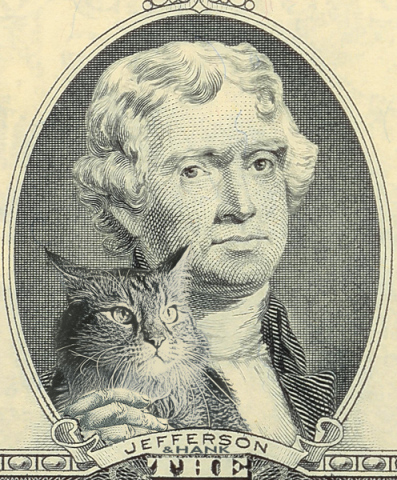 Of course, Hank and Zarathustra have signed the front of the bill as Treasure of the United States and Secretary of the Treasure, respectively.

On the back of the bill, you'll find Hank lying all over the Declaration of Independence, a very cat-like gesture when something is important to humans... And Zarathustra, in all his glory, holding hands with his favorite American president, John Adams.

Of course, you cannot use these bills for money; this is cat money. But you can purchase the bills by making a $1.50 donation for each life-size, freshly minted $2 cat bill you want.  These will be collectors items, so stock up, and know that every bit of your own money will be given to feed and house the cats of St. Petersburg.

Now, I know you already give money to your neighborhood animal shelters, but it's time, isn't it, for Americans to reach out to their Russian counterparts who are just as tired of politics as we are.  And even if our governments can't agree on much, we, the people, can at least agree to save homeless pets.  Give to the cats of St. Petersburg, Russia at Hank for Senate's print store.

You'll enjoy these past articles about two of our favorite cats:  Hank and Fat Cat