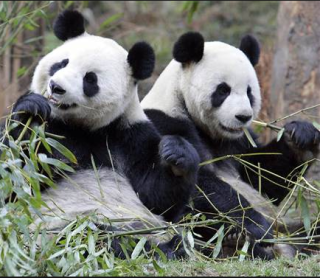 birth to twins cubs (August 22), only to have one die days later. Pandas are famously challenged to breed in captivity and the twin birth presented an even greater hurdle for 17-year old Mei Xiang, the mother. More shocking was the fact that this female was inseminated by two male pandas.

The Papa's could be Hui Hui, Bao Bao or Both?

Once baby cubs are stronger, the zoo staff takes a saliva swab from them so geneticists can determine the cub's sex and father. In this case, DNA tests will establish which one is the father of the surviving cub.

What’s in a Name? 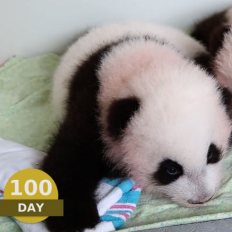 The surviving panda will receive a name if he or she makes it to the 100-day mark, Laurie Thompson, a giant panda biologist at the zoo noted. Why the long wait for a name? For panda naming, U.S. zoos follow a Chinese tradition of waiting 100 days to name human babies. All pandas belong to China and are on loan to the United States and other foreign zoos.

Giant pandas have given birth to twins about 50 percent of the time, but this is only the third time a giant panda in the United States has delivered twins, the zoo said. There are just two other female giant pandas in the world that have successfully reared twins, and those feats have required plenty of human support, the zoo said.

Mei Xiang had a cub in 2005 which was sent to China, and another, Bao Bao is now two years old and lives with 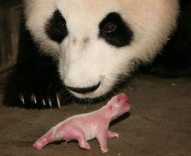 her in Washington. But she also lost two other cubs, one that was stillborn in 2013 and another that lived just six days in 2012.

There are fewer than 2,000 pandas now left in the wild, according to the World Wildlife Fund, as their habitats have been ravaged by development.Roads and railways cut through the bamboo forests they depend upon in China's Yangtze Basin, their primary habitat.

Pandas rely on bamboo and eat almost nothing else. Given their low birthrate, captive breeding programs are key to ensuring their survival. 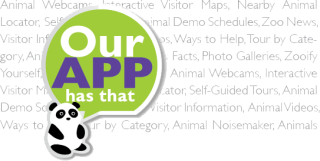 People interested in watching Mei Xiang and her twins can tune in to the panda cam online or download the Smithsonian's National Zoo app for $1.99.