Turkeys, while not the smartest looking bird on the planet, will NOT stand staring at the sky in a rainstorm until they drown. If they did there would not be enough turkeys around for us to feast upon. While the birds will cock their heads and stare at the sky for up to a minute at a time, they do have better survival instincts than to drown. 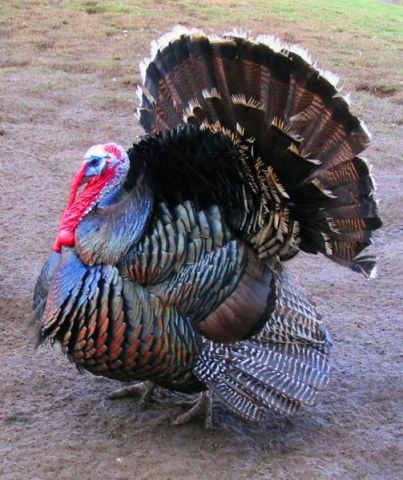 Another myth is that Benjamin Franklin wanted the turkey to be our national bird instead of the bald eagle -- this is not exactly true. The confusion on this fact comes from a letter that Franklin wrote to his daughter, Sarah Bache, in 1784. The letter was about the group known as the Society of the Cincinnati which he equated with a chivalric order, and which contradicted the ideals and values of the new nation. Apart from this one use of the turkey as a metaphor, there is no evidence that Franklin ever suggested or promoted the turkey to be our national bird. 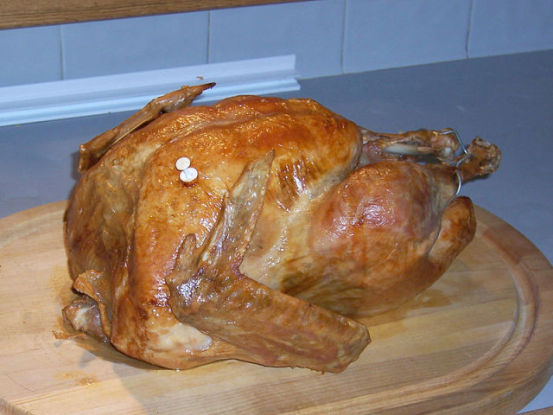 The domestic turkey has been selected to provide so much meat that the toms cannot breed with the hens without crushing them, so all domestic turkeys are bred using artificial insemination.

A Swarm Of Budgies! The Animal Video Of The Day!!!

Something To Be Thankful For: Scientists Working Hard to Develop Unique Ways To Recycle Feathers
A Tire Swing Is For The Birds
PetsLady's Pick: Totally Cool Magpie Of The Day
Comments