Crocodile Rocking Is For Real:Trivial Tuesday

Some species of crocodiles are gastroliths, or animals that ingest rocks to aid their digestion. Gastrolith literally translates as stomach stone. While they have a tongue and teeth, they are used for capturing and swallowing prey, not for mastication. Instead they ingest rocks that aid in breaking up bones, hooves, shells, and claws. They do not, however, aid in digesting hair and crocodiles have been known to cough up hairballs. 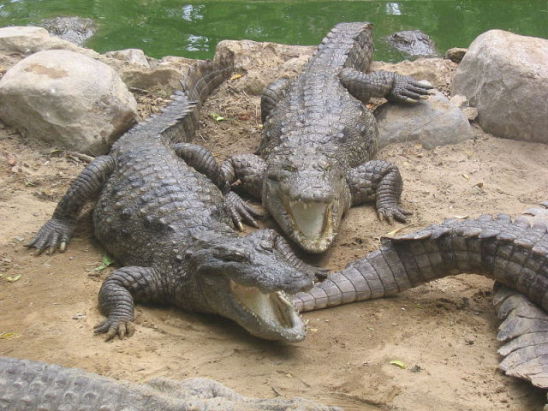 The rocks go into a special stomach called a gizzard. This is a sort of muscular second stomach where the food is broken up after passing through the main stomach. Other gastroliths include certain species of birds, lizards, fish, whales and seals.

Fauna in a Galaxy Far, Far Away: 10 Awesome Creatures from Star Wars