It's an upside down world where fish capture and eat birds, but some
European catfish have been spied doing just this. These  fish have apparently mastered water
and land to nab air-dwelling prey. Check out this amazing
video of the European catfish in action catching pigeons

This novel behavior is described by researchers from the University of Toulouse in a journal article published last week. Over a period of four months, the researchers observed a group of catfish living in the Tarn River in Southwestern France. During this time, they recorded 54 incidents of these fish hunting pigeons. 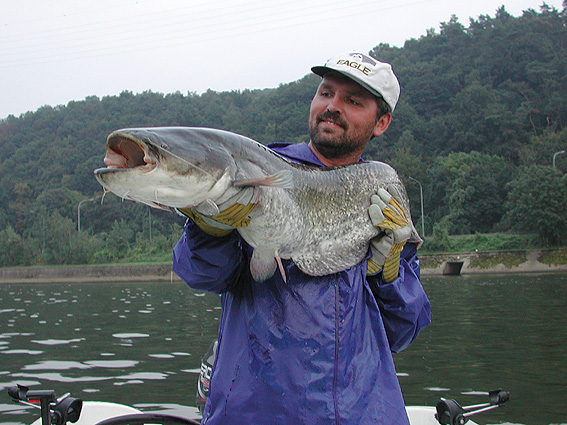 The European catfish is a very large species. They average four to five feet in length but can grow as long as 13 feet and weigh as much as 400 pounds. The European catfish is not native to the Tarn River, but was introduced into the river in 1983. Since these fish do not hunt birds in their native habitat, scientist believe this new behavior is likely an adaptation to the conditions of the new environment. Is there anything this monster fish cannot do?

'Pets In The Classroom' Program Wants To Reach More Students
Blue Jays Versus Mockingbirds: Bullies Vs. Innocents, Democracy Vs. Autocracy