Gotta yen for a beautiful, colorful nudibranch replica of your very own? Cool, now scratch up another 199 yen and get your aspirations to Japan, where an actual Fake Sea Slug Vending Machine spits out 8 different plastic nudibranch fridge magnets and mobile phone charms on demand. 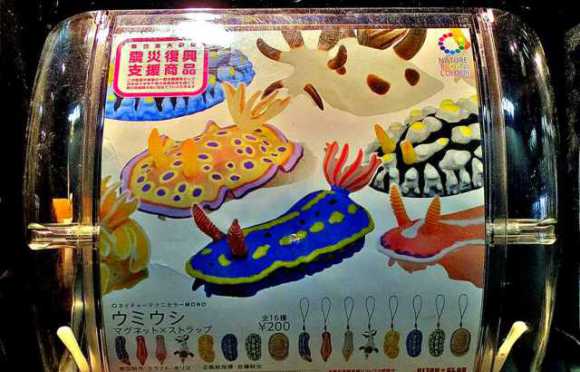 The nudibranches aren't real or living because, well, that would be cruel... as would implanting magnets in them so they'll hold up “to do” memos on your refrigerator or attaching cords that allow them to swing from your smartphone. 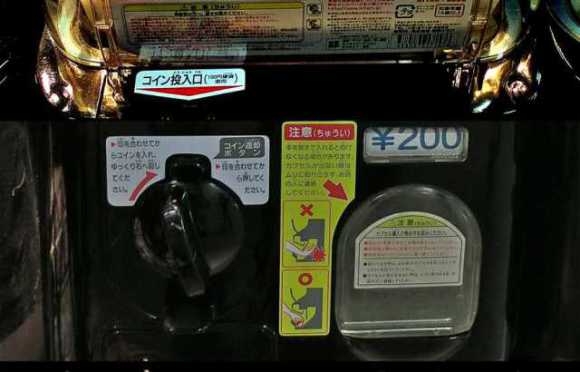 Once you've bitten back your disappointment, consider the fact that nudibranches (or sea slugs, to use their rather pejorative common name) are known as “Umiushi” in Japanese... literally, “sea cow”. Call 'em whatever you like, since once you've dropped your 200 yen (about $2.10) into the specific Gachapon (capsule toy) machine you're free to do anything you like with it. Within reason, of course.

Eight different sea slugs from Kitan Club's Nature Techni Colour series are available though you're stuck with whatever slug the machine spews forth. Eww. Anyway, each variety comes in either the fridge magnet version or the smartphone charm type – it's not exactly clear if one can select their preferred kind.

As for the replica nudibranches themselves, the image snapped by Tokyo-based urban-o-cultural explorer Jonelle Patrick doesn't present them in their best light... or maybe it does and they're just visually underwhelming compared to the enticing ad imagery on the machine.

And no, they don't offer either the wonderfully weird Glaucus Atlanticus (aka the “Blue Dragon”) or the equally audacious Thecacera Pacifica that looks endearingly like Pikachu. (via Only In Japan, Doug Beckers, and crawl_ray)

Products For Humans
For Kids
Toys and Games
Weird, Odd or Bizarre
Creatures
Cute Cat-Shaped Sandals Dare You To Be Caught Pussyfootin'