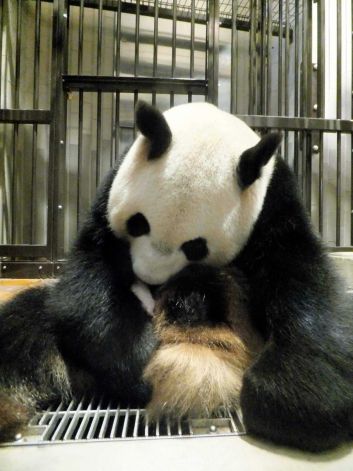 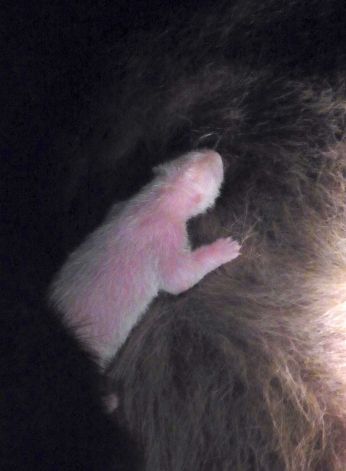 Zookeepers found Shin Shin hugging her baby to her chest on Wednesday morning, July 11, 2012.  He was not breathing. Zoo officials said the baby died of pneumonia, caused by milk entering the baby's bronchial tubes.

Kept in an incubator for 3 days after birth, the baby giant panda was being fed by his mother's milk since the day before his death. According to the zookeepers, who kept a constant watch over Shin Shin and her infant, everything was going well. But at some time during the morning, the milk must have entered the baby's airway and he choked.

Yutaka Fukuda, the chief panda keeper, said "They peacefully spent the night and the panda was doing just fine this morning. It happened so suddenly and it's such a pity."

Only half of the giant pandas born actually survive and the rate of survival is even worse when they are born to new mothers.

The Tokyo Zoo will set up a memorial to the baby panda where visitors can pray and leave flowers in his memory.

via TimesUnion  Read the news about the baby giant panda's birth here.

One Hump Or Two: A Camel Sugar Bowl

This Whale is not Going Anywhere Soon... Animal Video of the Day!!!