Tiger Party Is All Wet

Last month we started reporting on pool parties that allowed
party-goers, including children, to swim with alligators. Apparently
that company was not the only one offering up wild animals as swimming
pool 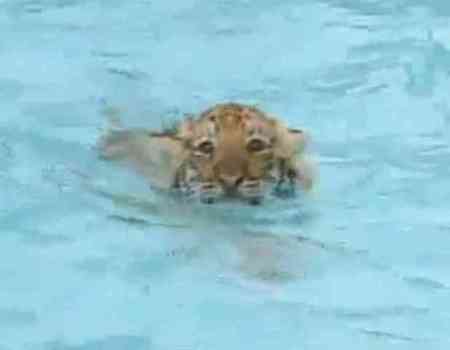 The main difference between Alligator Attraction's operation and that of Wild Things is the venue for the pool parties. With Wild Things you go to their facility. For $200 you can have a half hour romp with Tony, If alligator's are still more your cup of Earl Grey, you can swim with Ally for 20 minutes for a mere $100. In both cases a trainer remains within arm reach. 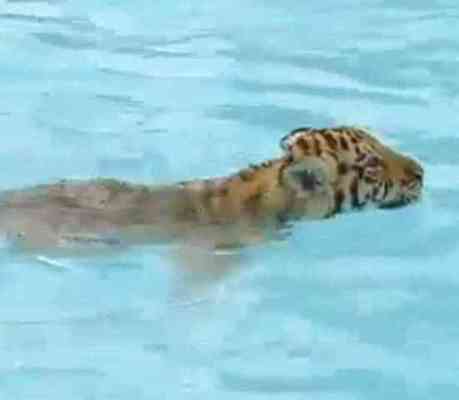 Tony the Tiger Cub (You Tube Image)Tony is an adorable little guy at just eight pounds right now. According to Florida Fish and Wildlife Conservation Commission (FWC) he is legal for playful interactions with visitors until he weighs in at 25 pounds. For now visitors can play with him and his toys, bottle feed him if he's hungry, and go for a swim. There is a certain draw to the idea when someone can look at him when he grows to full size and weighs around 1,000 pounds and people can point to him and say that they once swam with him.

As with Alligator Adventure, the FWC is investigating Wild Things. While both companies appear to be operating within the law at first glance, the public is starting to question whether or not such activities are in the best interest of the animal, and if the law is appropriate.