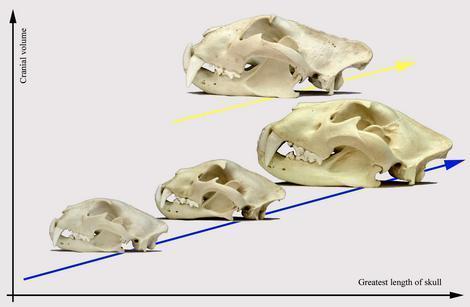 At Oxford University, the Wildlife Conservation Research Unit (WildCRU) has been studying the brain size of four large cats -- leopards, jaguars, lions and tigers -- in relation to their average overall size. The largest brain by length measurement is the lion's , but the volume of the tiger's brain, contrary to the researchers' expectation, is larger than the lion's brain relative to body size.  So what's the big deal?

Well, the big deal is that the results of this study challenge a very interesting hypothesis held by some scientists: that the brains of social animals, like lions, are larger than those of solitary animals, like tigers, because they have more complex relationships with members of their prides. This comparison of brain size obviously did not support such theory. 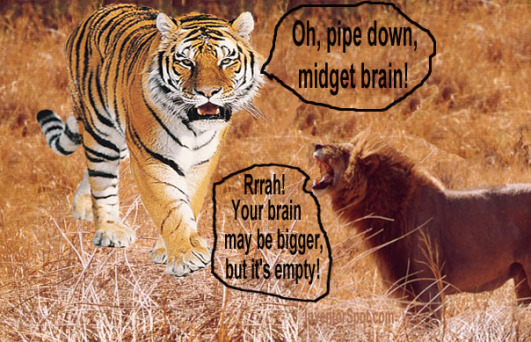 But, it does make the scientists want to explore further.  First, they want to study which parts of the tiger brains are larger than the lions', and what do those parts have to do with the way the tiger and the lion function in relation to their environments.  Second: Relative to the common ancestor of all four cats, who became extinct about 3.7 million years ago, why did the tiger develop a larger brain than the other three large cats?