Thula and Iris: A Match Made In Kitty Heaven!

It is a devastating thing to find out that your child is autistic and it
is a wonderful blessing when an animal comes into your lives that helps
to make your child's life just a little better. For Iris Grace
Halmshaw, an amazing 4-year-old artist, this help came in the form of
Thula, a Maine Coon cat, who has been able to help her connect with the
world outside herself. Thula also helps Iris with her painting. 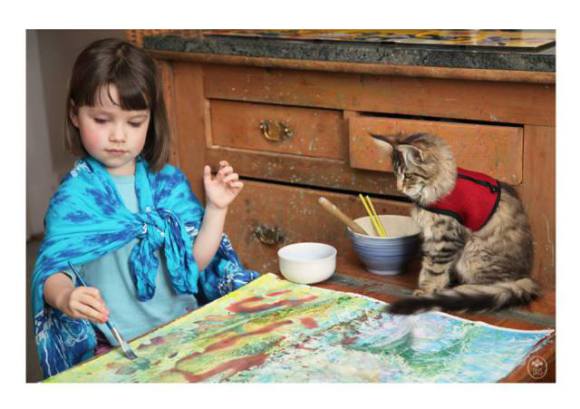 Thula joined the family back in February and brought a ray of happiness into their home in England. The cat is loving, affectionate, and very intelligent. Her name was taken from one of Iris's favorite African lullabies. Thula means peace and tranquility in Zulu. 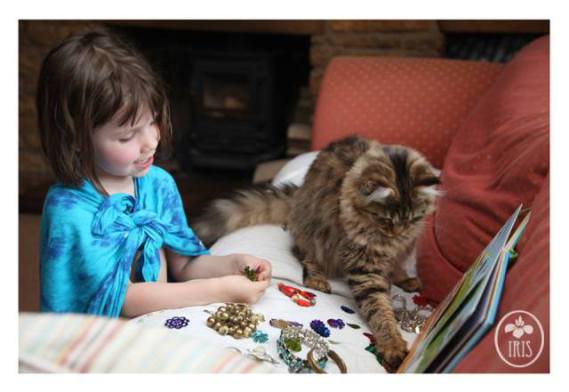 When Thula arrived Iris was largely non-verbal. Now her mother, Arabella Carter-Johnson, is hearing words more and more often as Iris talks with Thula and giving her instructions. From the start the two seemed like old friends or soul mates. 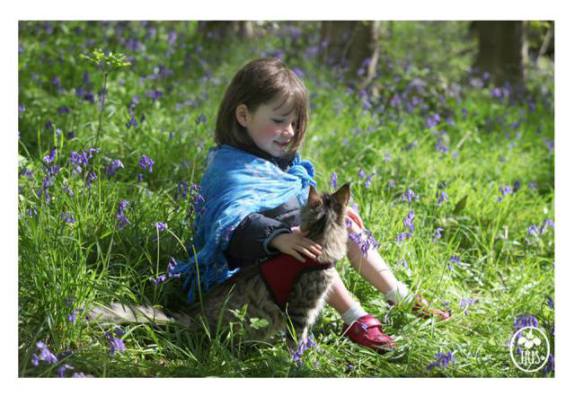 Even mornings have changed. Iris used to be reluctant to start the day. Now, with Thula in her life, Iris bounces out of bed ready to spend a new day with Thula. Thula helps Arabella get Iris up in the morning, go to bed at night, at bath time, and at hair brushing time. Thula will even get in the bathtub with Iris to help her be comfortable with bathing -- an unusual feat for a cat. Arabella says that Thula will even let her shampoo her so that Iris will accept having her own hair washed. 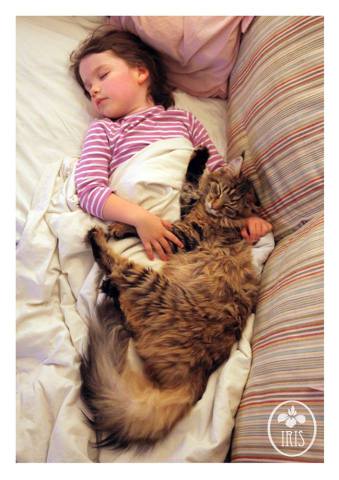 Thula has opened up Iris to spending more time learning things like counting. Iris has always been reluctant to shake hands with people, but now she will shake Thula's paw. All of that unconditional love and acceptance goes a long way with autistic children. 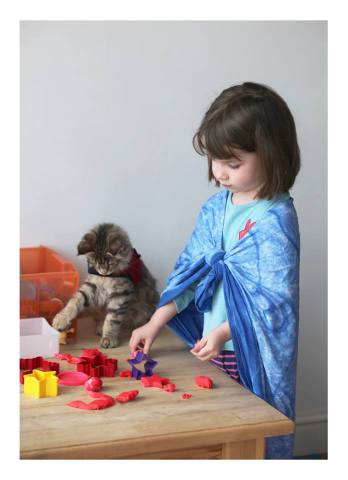 Iris loves to paint and she has an amazing talent. Her paintings are misty progressions of color that are relaxing and incredible in their composition and flow. Thula loves to sit nearby and help Iris while she paints. 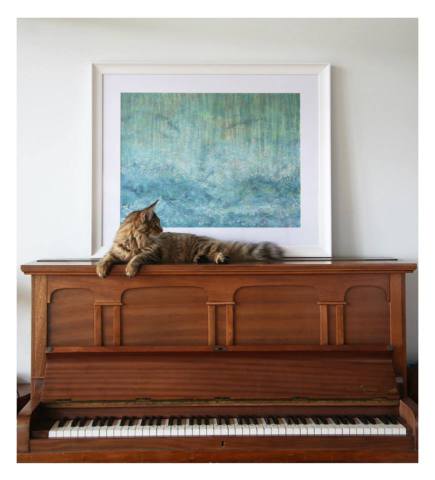 Thula and One of Iris's Paintings -- Do you see at cat's face? (Image via Facebook)

Arabella had almost given up on finding a therapeutic animal for Iris. She didn't seem interested in horses and didn't like dogs. Even the cat they tried didn't work for her. Then the family was cat-sitting over Christmas and the girl started to connect with the Siberian cat. That was when mom realized that she just hadn't found the right animal yet. This led to Thula becoming a part of the family.

Thula was certainly the right choice for Iris and the two seem prepared for many happy years together.

How To Wrap A Cat -- The Animal Video Of The Day!!!
Zukes Treats For Dogs And Cats- Product Review
Wild & Wooly: 8 'Signs' Your Dog Or Cat Is Stranger Than Friction
Her Name Is Olivia Poop & She’s A Fixer!
Comments