There's A Pub In England Crawling -- With Cats

Forget about cat cafes. There is a proper old-fashioned pub in Bristol,
England that offers the company of 15 cats to its patrons. There used to
be 24 cats in the pub, but Luke Daniels, the landlord, said that that
was just too many. That is still a lot of cats in one place and, while
the pub has a large number of fans, the Royal Society for the Prevention of Cruelty to Animals (RSPCA) is not crazy about the
concept. 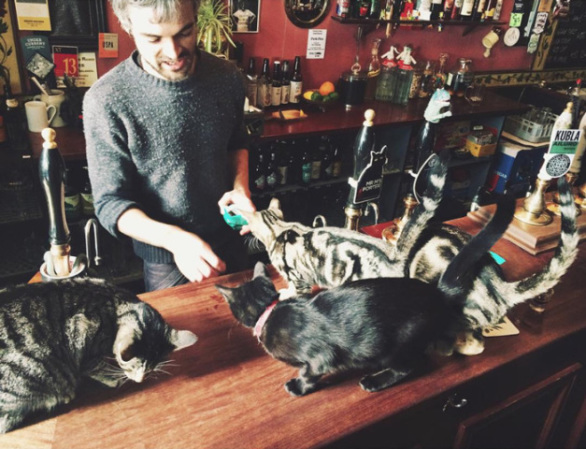 The pub is called "Bag o' Nails," though with its distinguishing feature it could be called "Bag o' Claws." Like any other British pub people come for the beer and the talk, but here you can also mingle with the feline folk. Some of the moggies will even deign to sit on a lap now and then. 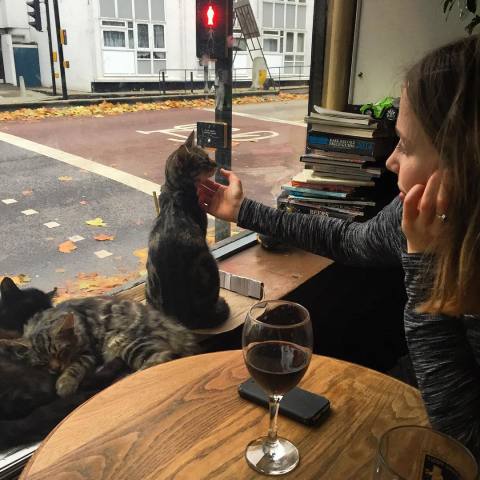 According to Daniels, all of the cats were born in the pub. One of the kittens, he claims, even landed in the world on a pub quiz night in a crisps box. Hey, cardboard is warm and comfy to a cat -- so why not? In fact, there are many such boxes set out around the pub for kitty comfort. 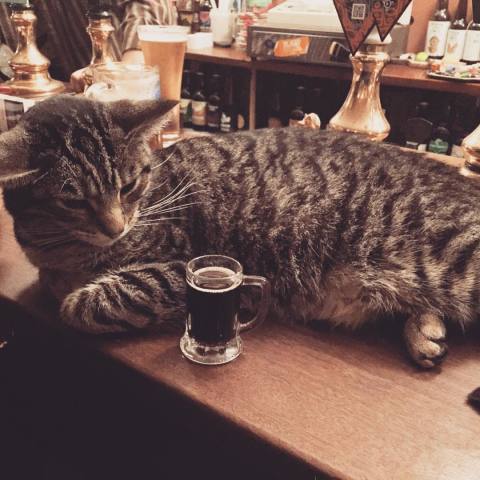 The RSPCA is concerned with strangers handling cats that don't want to be handled. In my book cats are pretty good about making their feelings known about this in such a way that people are quick to take note and back off. The society is also concerned about the bar's patrons sharing food and drink with the animals. Well, the bar doesn't serve food, so there's that sorted out. As for the beer -- I have yet to meet a cat that would go for beer. Dogs yes, cats no. Still they may have a point on that one. 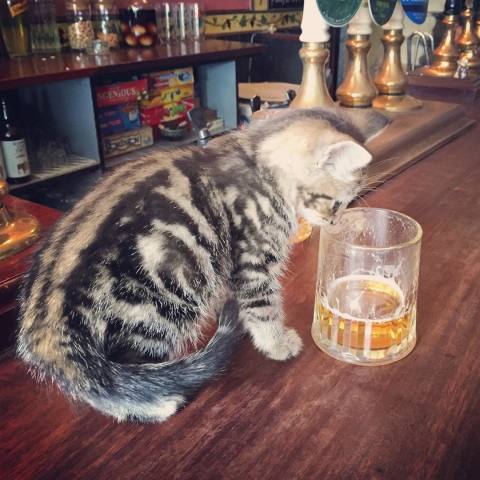 I'm not much of one for drinking and bars, but if there was a pub like this near me I would probably take it up. Since I have a tendency to overdo things it is probably a good thing that this pub is thousands of miles away.