While the left and right go at it this election cycle, there are more political dog t-shirts than I've ever seen before. Pet retail is a booming business, perhaps the booming business in the U.S. right now, so it's a great time to get your leftist ideas onto a dog's back. The 10 best left wing dog t-shirts were chosen for pithiness, as well as suitability to a dog's mindset. No dogs were harmed in this process. Righties, don't take your frustration out on the dogs.

1. Grow Your Own Dope Dog T-Shirt 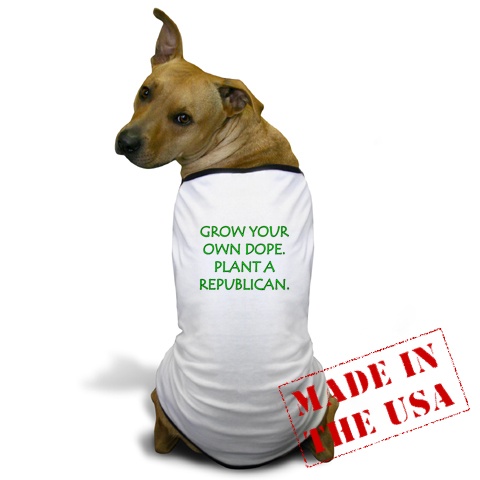 Never let it be said that lefties can't throw a punch, but this is about as hard and mean as they get. True to their image, lefties are clever, but don't inspire much fear. The Grow Your Own Dope Dog T-Shirt is not specifically what your doctor ordered, but it will have to suffice at From The Left. 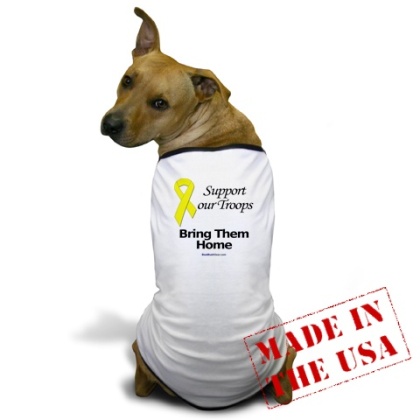 We've already sacrificed enough; get our Moms and Dads back home so they can play fetch with us again. When you think of troops missing their families, don't forget us dogs. Buy a Support The Troops Dog T-Shirt from CafePress.com. 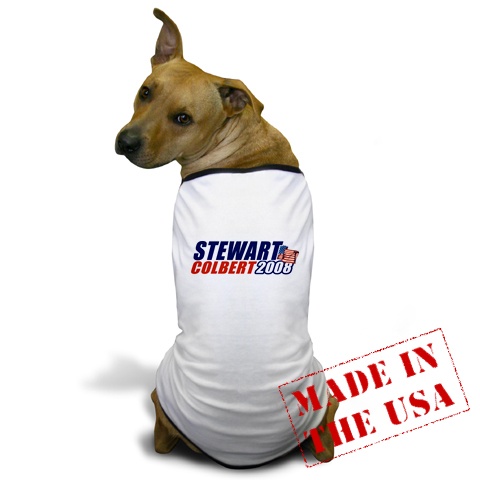 The faves of every lefty dog with a sense of humor and an eye for the real news, Jon Stewart and Stephen Colbert win hearts and minds for the 2008 presidential election. Wonder how that would really turn out? See what happens when your pup wears the Stewart/Colbert in 2008 Dog T-Shirt from Wear A T-Shirt. 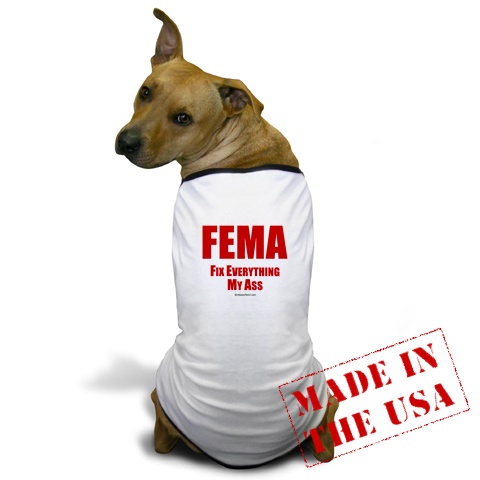 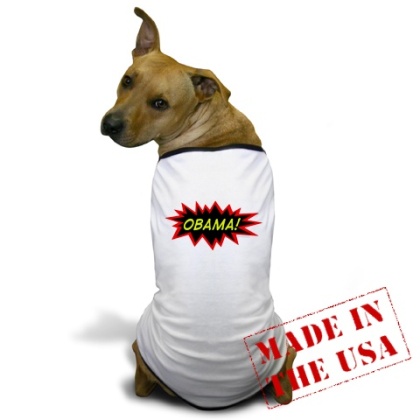 Do dogs hope? Of course they do. The splash of heroism/Obamaism on this dog t-shirt sums up the spontaneity and promise that is Barrack Obama's brand. While Obama's dog supporters wait to see if their superman makes it through to the finals, let their voices be heard in the Superman Obama T-Shirt at Depresident Shop.

6. Freedom Is A Right Dog T-Shirt 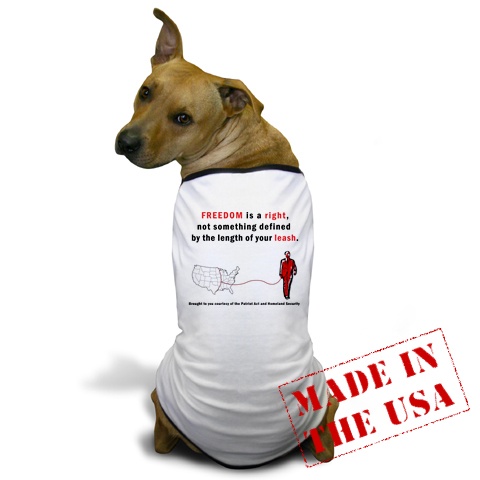 "FREEDOM is a right, not something defined by the length of your leash."
Bottom caption: "Brought to you courtesy of the Patriot Act and Homeland Security"

Now, I have to say this is wishful thinking on the part of your dog. Your freedom is a right, but the way things are for domestic animals now, your dog's freedom is defined by the length of his leash. Nevertheless, the statement is well-expressed, and who better to express it than a creature at the end of a leash? Get your dog a Freedom Is A Right Dog T-Shirt at Point-Blank Progressive. 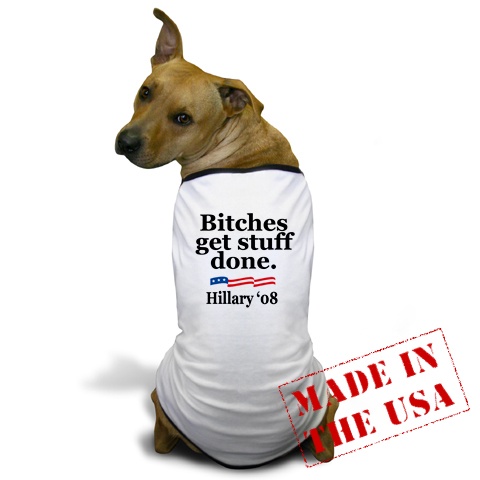 Now, who would know this better than a bitch? Hillary fans, dress your she-dogs up to support your lady president in waiting. I'm not sure this is Hillary-approved, but it's available at GiggleChick. 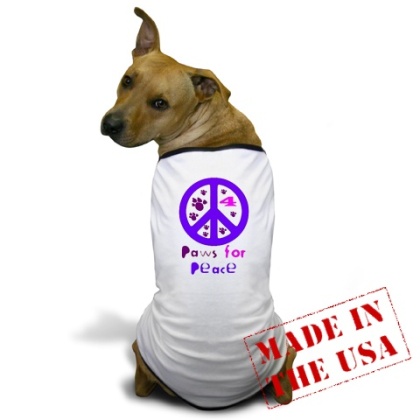 The Paws For Peace Dog T-Shirt had its beginnings in a Canadian dog walk to protest the worldwide use of landmines. Peace is a cross-party issue, at least on its face.... How can anyone admit to not wanting peace? Paws For Peace is available for dogs and other similarly shaped creatures at CafePress.com. 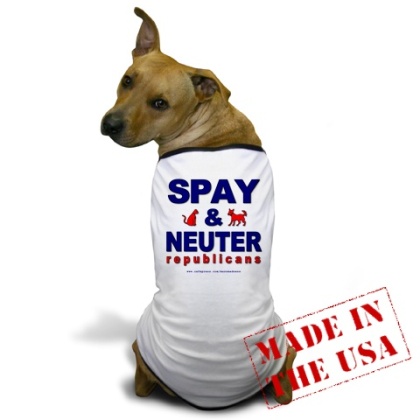 Spaying and neutering Republicans before six months of age would rid the country of right wing intolerance, but then we'd have to spay and neuter the moderate Democrats, and then the... If you dare, dress your dog in this t-shirt from CafePress.com. 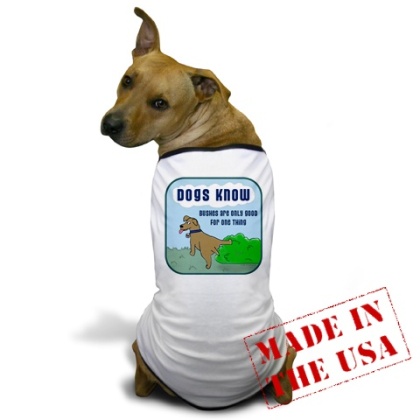 "Dogs know bushes are only good for only one thing."

Dogs know better than the righties, don't they? Funny how they can sniff them out. My dog used to pee on every bush that boasted "Bring 'em on!" The Dogs Know Dog T-Shirt won't be timely for too much longer, so better get it soon lefties. This can be purchased through CafePress.com.

If you dare, read The 10 Best Right Wing Dog T-Shirts!

Pet Couture: These Boots Are Made For Paws
Turn Your Hound Dog Into The King Of Rock And Roll
Comments