Texas Court To Rule On Value Of A Dog

How much is your pet worth to you? Most of us would say priceless. A
Texas court is now faced with having to come up with a more realistic
answer in the tragic case of a family whose dog was accidentally
euthanized at a 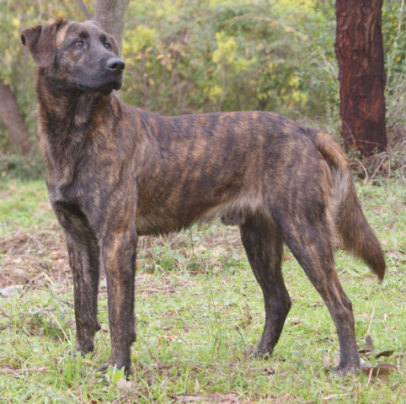 Brindle Dog (Photo by Küchenkraut/Creative Commons via Wikimedia) shelter, even though they had been notified to come and
pick up their pup. The dog had run off after becoming scared during a
thunderstorm.

That was three years ago. The family had been thrilled when they got a call a few days later from Fort Worth Animal Control that their adored dog, Avery, was safe and that they could come and pick him up. When dad and the kids went to pick him up they were informed that Avery had accidentally been killed the day before.

Even though the cage that Avery was in was marked "hold for owner" he ended up euthanized anyway. An animal control employee had gone through and selected the dogs that needed to be euthanized and had inadvertently picked Avery anyway.

The family is suing the worker for negligence. Part of their lawsuit is to find a way to keep this from ever happening to another family. The part of the suit that is concerning the court right now is how much a dog's life is worth.

Back in 1963, Texas provided the right to sue under the "sentimental value rule." This allows parties to sue over damage or destruction of property that is considered to be of no market value. This rule has never before been applied to the value of a pet. The original case had been dismissed, but an appeals court ruled in favor of the family. The case is now in the hands of the Texas Supreme Court.

The implications of the court decision could be serious. Detractors say that the sentimental value of a pet can be set exorbitantly high and end up destroying lives. The family just wants the court to recognize the value that society now places on pets, not merely as a piece of personal property.

The court is expected to rule on the issue in the next few months.

Watch Out For Your Cheese In The Airport.
Who Let The Dogs Out In California?
PetsLady's Pick: Adorable Adored Dog Of The Day

Who’s The Alpha Dog In Your Household?
Comments