Is Tennis Going To The Dogs?

Most dogs love playing with tennis balls. That's why it just seems
natural to train them to be ball boys for a tennis match. Just such a
thing happened last month at the Brazil Open during an exhibition match.
Four stray dogs had been picked up and trained to handle the balls
during the game. It didn't always go as planned. 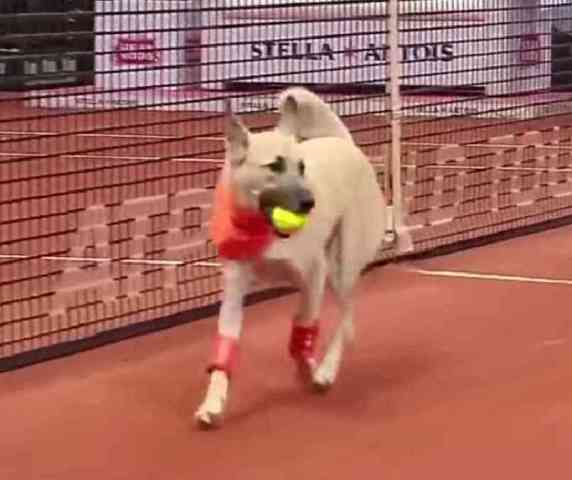 The dogs came from the favelas (slums) of Sao Paolo. There they had lived a marginal existence of privation and mistreatment. But fate stepped in for Frida, Mel, Isabella, and Costelo when they were placed in a shelter and then subsequently chosen to be "ball dogs." 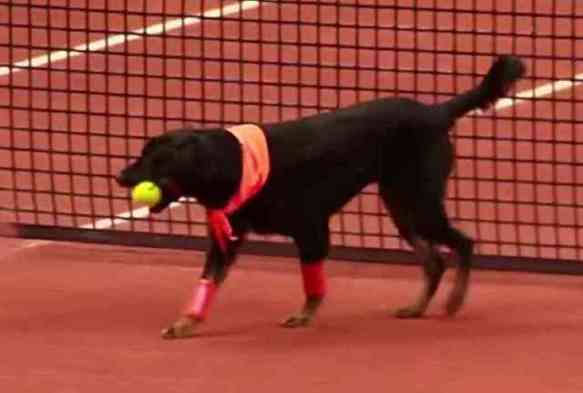 Andrea Beckert of the Association for Animal Well-Being chose the dogs and trained them for their new job. They had to get used to all of the attention, the noise, the crowds, and the action in addition to being trained to get the loose balls. The point of doing all of this was to demonstrate stray dogs and older dogs can be retrained -- a fact that makes them very adoptable. 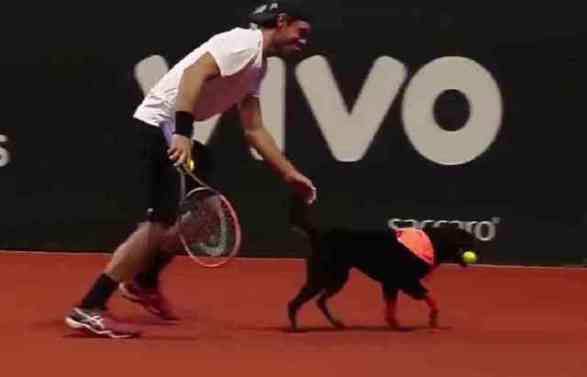 The one glitch in this exhibition game was that the dogs were supposed to return the balls to the players, Roberto Carballes Baena and Gastao Elias, but that wasn't always their idea of good fun. They had to be gently convinced to give up the balls to allow them back into play. It does beg the question of how well these balls work on the court with dog slobber on them.

The dogs may have to work to earn their kibble, but at least they have a new leash on life (groan here). Hopefully this will help more dogs find new and better lives in Brazil.

Turn Cocoa Into A Reindeer Festival

PetsLady's Pick: Cute Mother And Chick Penguins Of The Day