Telling The Bees: Tales Of Bees And The Dearly Departed

Back in the 19th century there was a tradition called "telling the bees"
that people would do upon the death of someone who kept bees. It is
exactly as it sounds. The bees had to be told of the loss.  It was an
amazing show 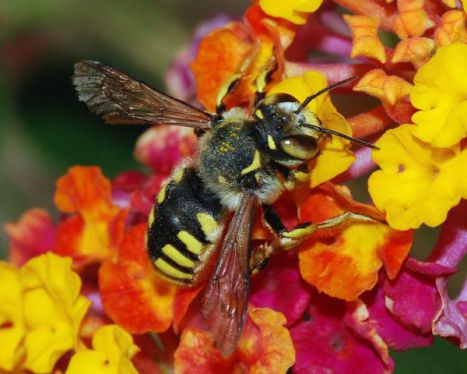 Busy Bee (Photo by Alvesgaspar/Creative Commons via Wikimedia)of respect for the little insects that are so important to
human survival as they pollinate many of our food crops and provide us
with their honey.

The tradition seems to have started in Europe and spread into North America along with immigrants. In some cases this "telling" was informal and in others there were codified ways for this to be done. Sometimes the hives would be draped with a black mourning covering and cakes and wine would be left for the bees to feast upon. In some areas a written invitation to the funeral would be tacked to the hive. In other places the custom was to have an appointed person visit the bees and issue the invitation verbally.

As far back as 1621 it was documented that when the master or mistress of the house died that the beehives must be moved to a new location lest the bees die. In other instances the hives were turned as the corpse was removed from the house.

If these customs and a few others, such as moving the bees to a new hive they needed to be told in advance, were not observed it was believed that all of the bees in that hive would die. It was important to respect and honor the little creatures to retain their good will and work.

In some parts of the world the bee has been a symbol of immortality and resurrection.  In Celtic mythology the bee is the messenger between the spirit world and our own. 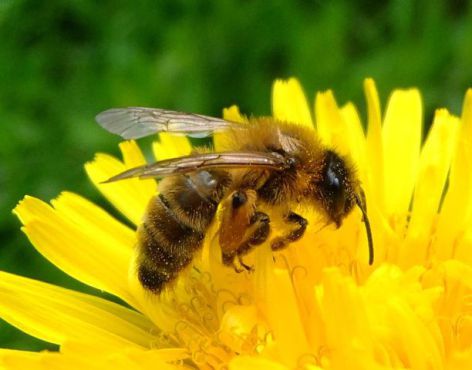 Busy Bee (Photo by Orangeaurochs/Creative Commons via Wikimedia)The fact is that bees have a history of showing up at funerals. In April of 1956 a beekeeper that had been noted for his loving devotion to his bees passed away in Adams, Massachusetts. When the mourners arrived at the graveside they found many thousands of bees swarming inside the tent that had been set up over the open grave. The bees remained quiet and still during the service. As soon as the coffin was lowered into the ground the bees began moving en masse to make a "beeline" back to the hives.

Back in 1934 a beekeeper in Shropshire, England had died and when the mourners arrived at the funeral they found masses of bees flying in and settling near the burial site.  They were all coming from the direction of the man's farm and his hives. They clustered about on nearby gravestones. They stayed throughout the service and when the burial was complete they left in the direction they had come.

There have also been many tales of bees turning up at funerals of people who had nothing to do with bees, including an incident in which bees made their way into a church during a funeral in 1894. After the service the bees followed the procession to the cemetery. It is the many stories such as this has led people even now to wonder if there is some connection between bees and the dead.