Teen Already On Track For Career In Wildlife Rehabilitation

Sixteen-year-old Tallon Nightwalker has big dreams and he is already
working hard to make them come true. He is not only planning a career in
wildlife rehabilitation, but already working on it. There have been
many 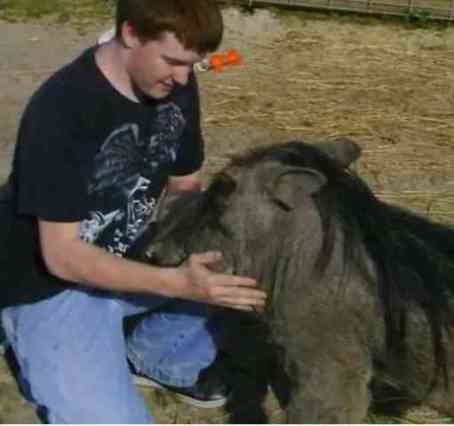 Tallon and friend (You Tube Image)articles online over the last few days about his quest to be
photographed with every animal on earth, but the real story lies behind
the camera.

Few teens are so certain of what they want to do with their future or have any experience to back up their plans. Tallon's journey with his love of wildlife began by the time he was five years old and he came running into the wildlife center where his father worked. He was carrying a nice little bull snake. That was when his father decided to snap the first photo of his son with wildlife and now, more than 800 photos later, the two are on a mission to get as many of the remaining 25,000 species possible before any more of them vanish. 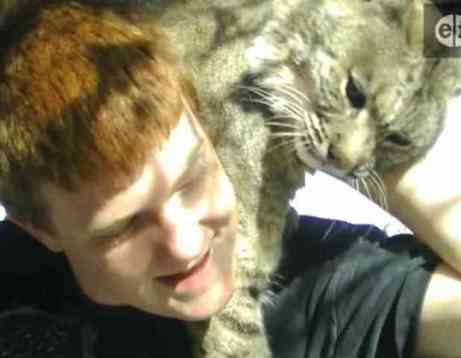 Tallon and Lynx (You Tube Image)While Tallon works his way through Poudre High School in Fort Collins, Colorado, he spends his free time volunteering for Wild Kind, a program his father started through the Larimer Humane Society. While he does the standard jobs of cleaning cages and feeding animals, he can also be found bandaging paws and gently washing wings. He has been a volunteer with Wild Kind for 11 years now, helping to care for some 90 species native to Colorado, as well as pets, exotic animals, and barnyard creatures -- whatever the day calls for. What keeps Tallon coming back time after time is the knowledge that he is helping save lives and in some cases enabling animals to be able to return to the wild.

There is no word on where Tallon plans to head for college, but one of the top veterinary schools in the country is right there in Fort Collins, at Colorado State University. In more ways than one, Tallon is well-positioned to achieve his goals in life.

Cockroach Farming In China Is Big Business
Looking For A Career? What About Becoming A Pet Food Taster?
Weekend At The Oxen Races