Tally: The Dog That Thinks She's A Cat

Tally is a beautiful husky mix DOG. It is important to make the point
that she really is a dog because this pretty pooch acts more like a cat.
She curls up with all four paws tucked under her, like a cat. She likes
to hang out under the table, like a cat. And she loves to get into
boxes, like a cat. It all makes for one unusual dog. 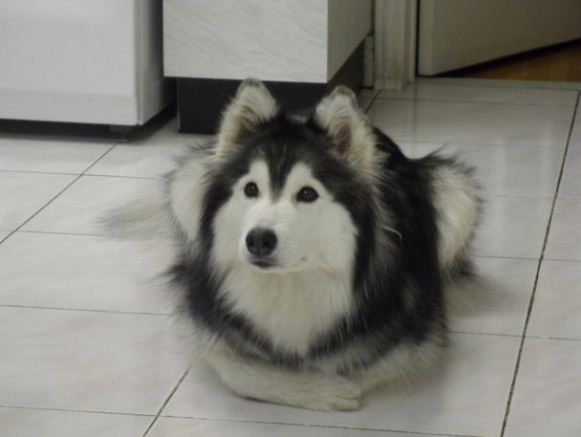 Tally in Repose (Image via Imgur)

She is also known as Tao Tao, which means mischievous in Chinese. And mischievous she is. In the photos posted by her humans on Imgur she can be seen with her head caught in a Coca-Cola box as a puppy, and in a potato chip bag as an adult. 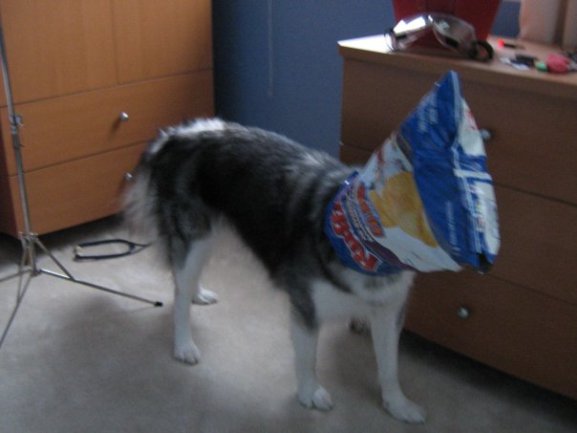 When Tally was a puppy she had no dogs to pattern after. Instead her home was filled with cats and that is why she often acts the way she does

She can often be found curled up with all four paws folded up completely under her -- and hiding under the table. And watching, always watching. It is the photo of her under the table, looking up with her eyes, that has made the rounds on the internet. 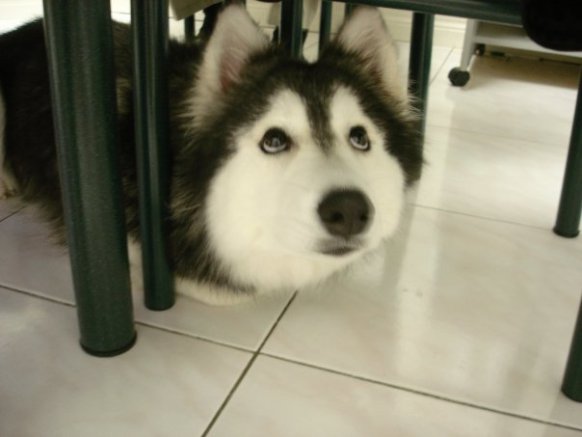 Tally in Repose (Image via Imgur)

Tally likes to sit curled up in front of a window like a cat, watching. Only she knows if she is also judging. Still, it is the sort of entertainment that is more like a cat than a dog. 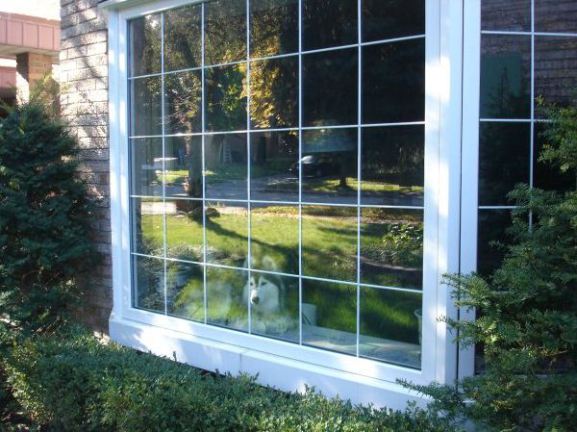 Tally Keeping an Eye on the Neighborhood (Image via Imgur)

Her current humans do not have any cats and claims that she seems to miss them. As for dogs -- she ignores them. Surprisingly she is nearly mute and never barks. Her owners think that she may not know that she can bark. No word on whether the few sounds she does make are attempts at meowing. 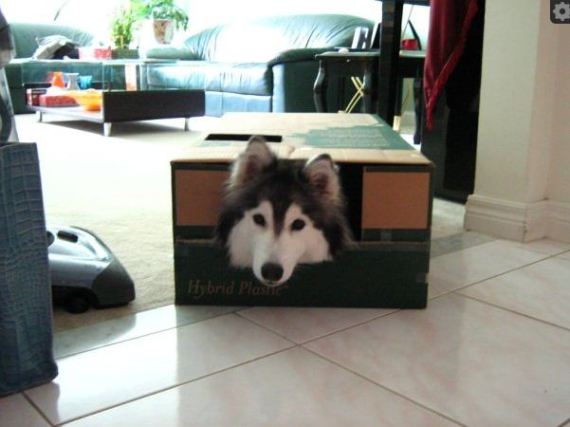 Tally in the Box (Image via Imgur)

There are moments of obviously dog-like behavior, but Tally knows how to wear humans down the way a cat would. That is how she was able to completely take over this sofa -- the one she was not allowed on. 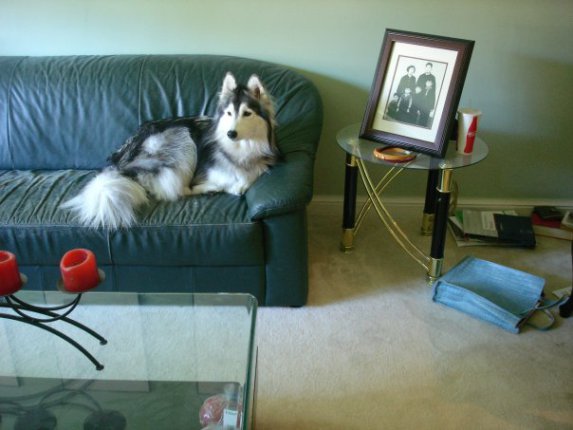 Tally in Repose on her Soga (Image via Imgur)

Overall, Tally's story is an interesting look at how much of a dog's behavior is innate and how much is learned. It could be an adaptation for "survival" socially. It reminds me of the hamster I had that learned to purr because the cat would sleep on top of its cage. You gotta do what you gotta do to fit in with your homies.

When Dachshunds Get Corny . . .