The Tale Of The Corn Flake Python

There is nothing quite as shocking as finding a python hanging out
somewhere in your home. On Tuesday Jarred Smith, 22, in Australia was
fixing himself some lunch when he discovered a python had stuffed itself
into his box of corn flakes. It should come as no surprise to anyone
that he dropped his noontime vittles and made a run for it. The snake
was more than six feet long and that is enough to make most of us burn
some shoe leather. 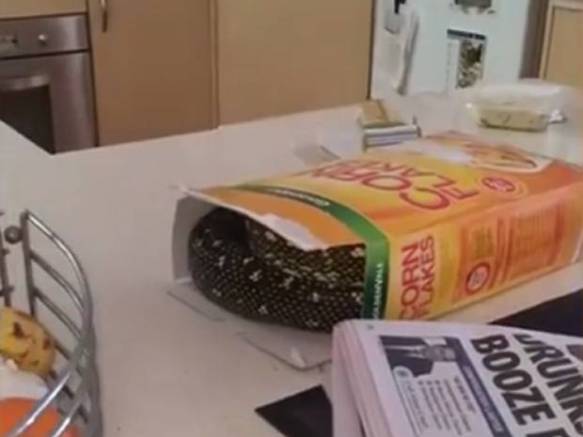 Python in a Box of Corn Flakes (Image via disinformation)

Smith's father was also home at the time and they called New South Wales Wildlife Information, Rescue and Education Service. Employee Chris McGreal came to fetch the diamond python and couldn't believe how well a big snake had jammed itself into the small box.

The snake had likely hid in the box to feel secure. McGreal had to cut the box from around the snake it was so tightly packed. It was taken into the bush where it was released. 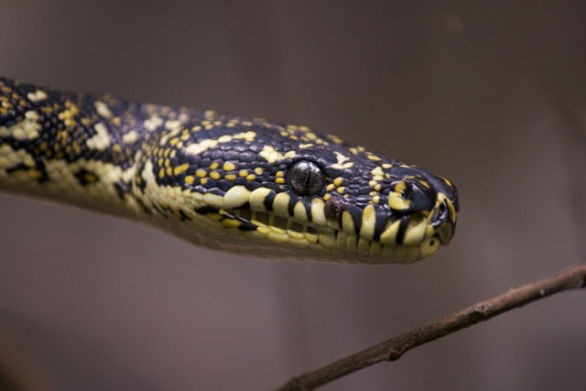 Pythons are very common in Australia and people welcome them -- well, in their gardens and rooftops to catch rodents. Finding them in the house is another heart-stopping thing altogether.

I may not live in Australia, but I did find a python in my bathtub one night. That is how I know how badly I would freak out if I found one in a box of cereal. Fortunately it was only about half the size of the one Smith found, but I still got the full dose of adrenalin.

I think that I would still prefer a free plastic toy in my cereal. At least there would be little chance of being bitten by that.