Up till now, Fire Ants have dominated the Insect Kingdom because of their deadly venomous spray. However, as 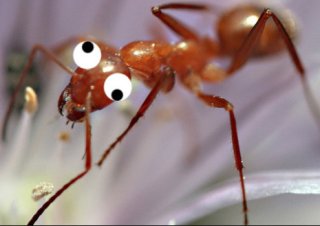 part of the formidable Formicidae family, apparently the word was late getting out there was a new Sheriff in town. Because throughout the US southwest there's been a rise of a new invasive species of ants who biologists humorously refer to as 'Crazy Ants.' And these little critters are doing a damn good job of displacing their much larger cousins, the Fire Ants!

How does David thwart Goliath?

So how is this happening? According to a research team at the University of Texas at Austin, the answer is pretty straight forward. While the smaller Crazy Ants can't conquer the Fire Ants per se, they can neutralize the one weapon their 'big bully' opponents have used to slaughter other species of ants down through the ages. 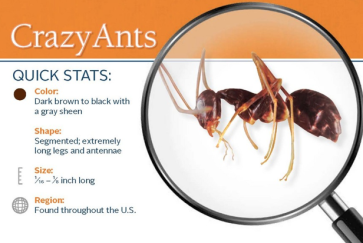 bodies. When they are attacked by Fire Ants and doused them with venom, they now have the biological make-up to survive and live to fight another day.

Known for their painful stings on humans and other animals, Fire Ants up till now have dominated most ant species by dabbing them with their powerful, usually fatal poison.

However, when a Crazy Ant is smeared with the venom, it begins an elaborate detoxification procedure, described for the first time in this study.

To compensate, the exposed Crazy Ant secretes formic acid from a specialized gland at the tip of its abdomen, transfers it to its mouth and then smears it on its body.

In lab experiments, exposed Crazy Ants that were allowed to detoxify themselves had a 98 percent survival rate. This chemical counter-weapon makes Crazy Ants nearly invincible in skirmishes with Fire Ants when it pertains to food resources and nesting sites.

It's the first time, any ant has been able to counter the Fire Ant in such a fashion, and it is likely helping the Crazy Ant beat the Fire Ants at the their game when the two species overlap in certain geographic regions. As a direct result of their impressive competitive advantages, the researchers note that likely the only things that will stop the “relentless march of the crazy ants” will be geology and climate — human intervention just isn’t that effective, on a large scale, against the species.

The Art of War

Apparently evolution has been kind to the Crazy Ant. And while they have evolved enough to actually be able to counter their larger foes, in time, as they build in numbers, they may become the Fire Ants' most dreaded enemy. As Sun Tzu noted in his treatise, The Art of War, "fighting with a large army under your command is nowise different from fighting with a small one - it is merely a questions of instituting signs and signals." In the case of the Crazy Ants, I think the signal has wrung out loud and clear - with a new Sheriff in town, the Wild West in the Insect Kingdom just became a lot tamer! 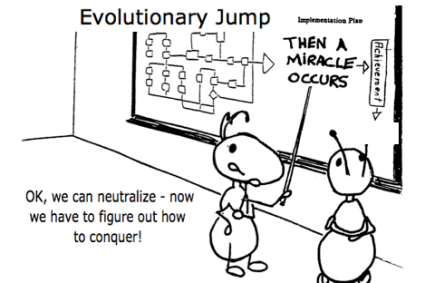