You've heard of dizzy dog people and crazy cat ladies, but have you
heard of the nutty squirrel mom? Kelly Foxton, a former country singer
and recording artist, has dedicated her life to the pet Eastern Gray
Squirrel she rescued as a baby when its home tree was being cut down.
Foxton has photographed Sugar Bush in over 3,000 different costumes and
settings at an estimated cost upwards of $500,000. 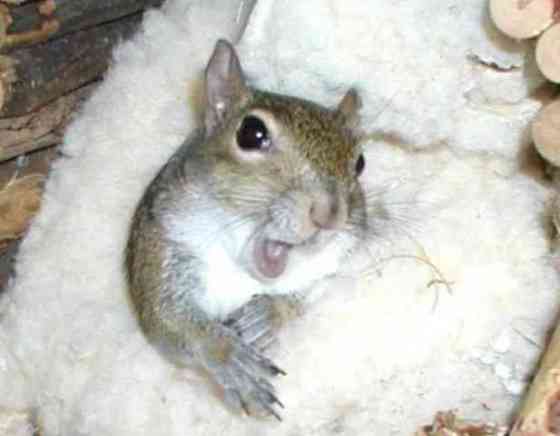 The pair resides in Boca Raton, Florida which is appropriate since the translation of Boca Raton into English is Rodent Mouth --rspecially when you see video of Foxton giving Sugar Bush a kiss on the lips. They share their home with Foxton's husband and a parrot named Rio. 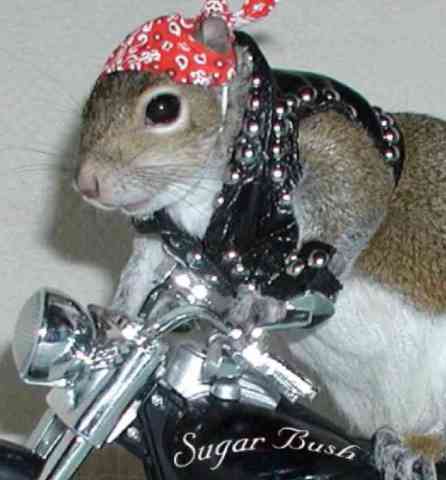 When she's not being photographed by Foxton for one of her many portraits, Sugar Bush lives in the lap of luxury in a custom built cage. The cage is located in the large photo studio that once served as Foxton's living room. Foxton says that she spends at least 12 hours a day on Sugar Bush which has transformed the squirrel from her passion into her obsession. 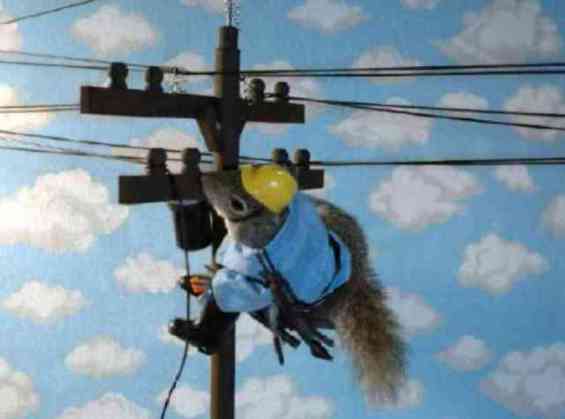 The pair was recently profiled on the TLC television show My Crazy Obsession.  It was on the show that Foxton revealed that she has collected close to 4,000 tiny outfits and matching accessories for her rodent pal. Sugar Bush is the child that Foxton and her husband, Drew Gardner, never had.

Foxton began her love of squirrels when her father would bring lost or abandoned squirrels home to her to raise. She started her current obsession in 2001 when she put a doll's t-shirt on Sugar Bush. She is on her fourth Sugar Bush right now and has had as many as three squirrels at a time. Each squirrel has a different personality, knows their own name, and needs to be played with much like a dog.

In addition to her super modeling duties, Sugar Bush is also the face of good hygiene and no littering campaigns. She has her own website, Facebook page, and Pinterest boards. Now that she has cornered the market on still photos, she has turned her sights toward the video market.