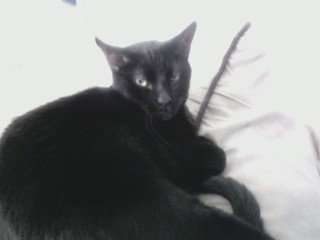 Would you quit your habit to keep your pet healthy?

Smoking can be a hard habit to quit, but a new study finds that smokers may be willing to give up their tobacco in order to save their pet’s health.

Researchers at the Center for Health Promotion and Disease Prevention, Henry Ford Health System in Detroit, Michigan found that 1 in 3 smokers would quit if they found it was bad for their pet’s health.

Evidence in their research shows that second hand smoke can be just as dangerous for pets as it is for other people, causing respiratory and other problems for dogs and cats.

About 3,300 pet owners in southeast Michigan took an online survey that asked them about their smoking habits and how much they knew about second-hand smoke effects.

“Educational campaigns informing pet owners of the risks of SHS [second hand smoke] exposure for pets could motivate some owners to quit smoking. It could also motivate these owners and non-smoking owners who cohabit with smokers make their homes smoke-free,” say the authors of the study, which is published online in the BMJ journal Tobacco Control.

What would you do? Would you give up smoking knowing that it may help your pet live a longer, healthier life?

Thanks to Suz for the tip!