It was just last year that seven-year-old Raul Kutliakhmetov of Siberia
discovered that his favorite stray dog -- the one he would play with on
occasion -- had fallen into a service shaft. He ran home, had a bite to
eat, changed 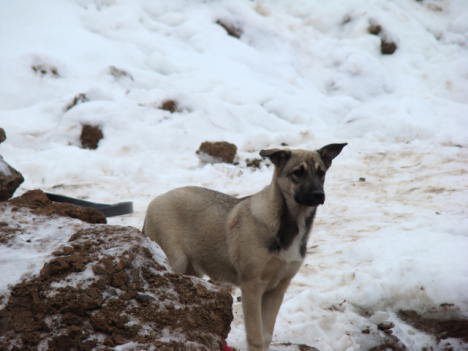 A Stray Dog in Russia (Photo by Audrey/Creative Commons via Wikimedia)clothes, and return to try to rescue the feral mutt.
Instead of playing the hero he fell 9 feet down the shaft and became a
second victim of the open hole. With the temperature dipping down to
just 14° Fahrenheit, he was in serious trouble, but his faithful friend
kept him warm for 72 hours until help finally arrived.

Raul was walking home from school when he heard a strange noise. It was coming from an open hole by the side of the road. When he went and looked in he saw the dog that he sometimes played with in the village of Bulgakovo. The dog was howling to be rescued. Raul's heart went out to his pal and he decided to take action, which led to his being trapped along with the dog.

The steep sides of the hold prevented Raul's voice from carrying very far. To make matters worse, his mother delayed calling authorities over his disappearance because she was afraid of being accused of child neglect and having her other children taken away. Her fears for Raul finally got the better of her and she notified the police. 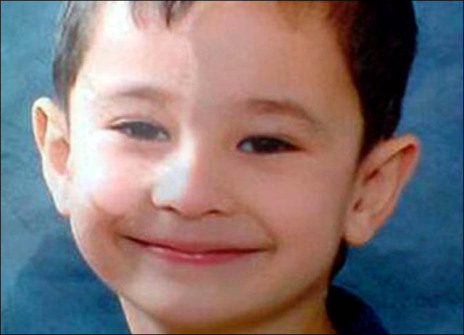 Raul Kutliakhmetov (Photo via The Siberian Times)Word of the missing boy was spread and 200 people came together to search for the boy -- a search that proved fruitless for a long time. Road engineers heard the news of the missing boy over their radio and decided to check all of the service shafts along the road. It was a fortuitous decision. From one of the shafts they heard the wail of a dog. They checked it out and found the boy and the dog together.

Once the boy and dog were rescued, Raul sat wrapped in a blanket, reunited with his mother and told his story. Down the hole, in the cold, the dog had kept Raul warm by cuddling up to him for all of the long three days. Doctors who examined Raul after the rescue were amazed at his survival.

There is no word on what happened to the dog after the rescue. Hopefully someone came forward to give him the nice, warm home he so richly deserved.

Two Rescue Animals:Lundy The Puppy and Herman The Pigeon

Who’s The Alpha Dog In Your Household?