Steppin' Out With The Highflying Austrian Special Forces Dog

Did you ever think you'd see a dog parachuting 10,000 feet from a military helicopter?  Dogs are the latest recruits in the Austrian special forces, and often when they 'step out' they are strapped to a human and a big parachute.

These photos were taken in March at a NATO exercise over a military training area in Norway.  Obviously, the first pictures were taken pre-parachute... 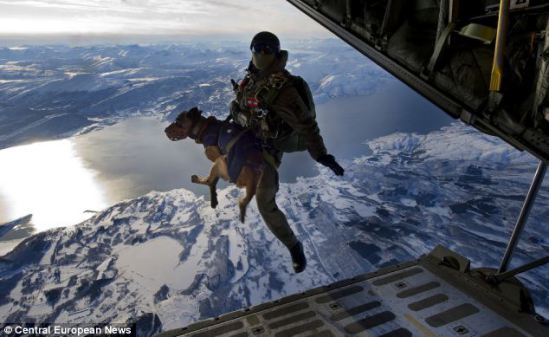 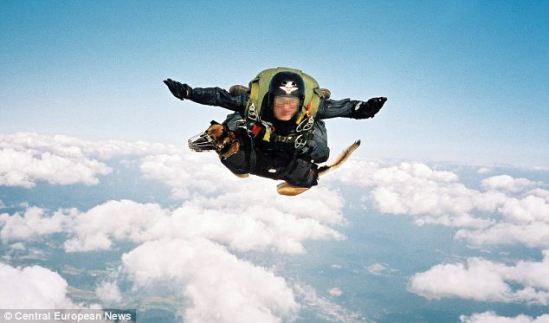 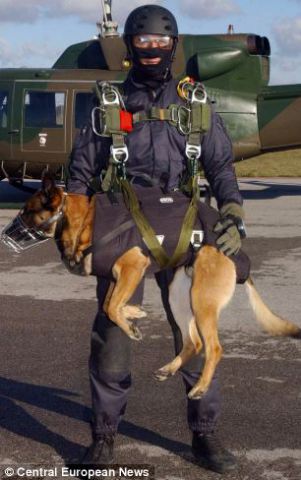 Ten thousand feet?  Why that's nothing for this Belgian Shepherd; he's securely strapped to his human handler and he's muzzled to protect his mouth in case of a hard landing. The trooper also gave assurance that dogs, like human members of the special forces, were not put into unnecessarily dangerous situations. (Is that right...?)

Daily Mail via our own highflying Steve Levenstein!

READ MORE: 13 Sleeping Dogs Sure To Make You Chuckle