Thomas Patterson of Oakdale, Ontario, Canada, was just out for a day of
riverboarding on the water when he noticed a squirrel stranded on a rock
in the middle of the river. Being an animal lover, the 22-year-old
couldn't just leave the little rodent to its fate -- he had to intervene.
He paddled over to the rock and tried to convince the hapless squirrel
to jump onto his board. 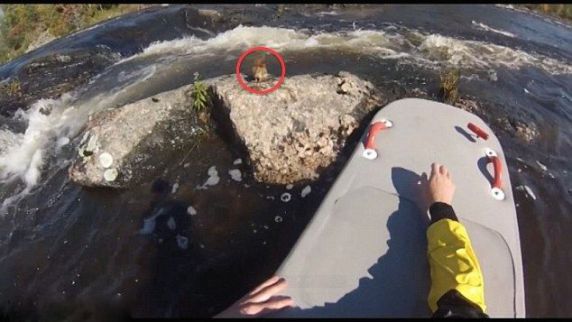 Patterson caught the whole incident on his GoPro camera as he approached the animal as it was trying to deal with its predicament. The squirrel was not too keen about accepting help from a total stranger. Patterson's attempts were in vain. 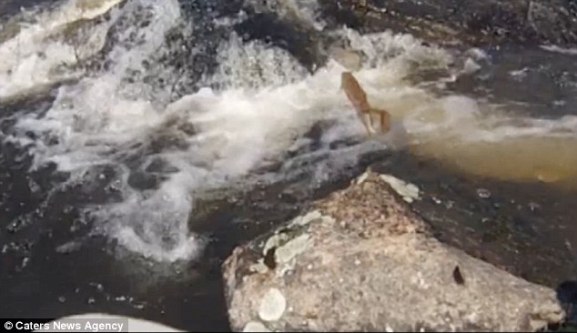 The squirrel finally made a jump for it into the water. Of course the current was too much for such a small creature and it was swept down into a little hole where Patterson was able to scoop it up and place it on his board. The wet rodent gave up its fight against the stranger and just rested on the board as Patterson swam for shore. At this point Patterson said that the squirrel seemed to finally realize what he was doing and accepted the help. Patterson was just thankful that he was there to help. 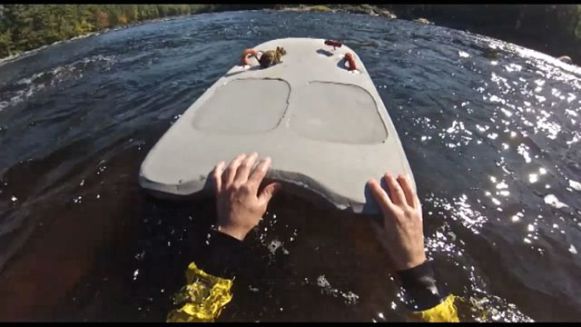 Once they were at the shore the squirrel quickly jumped off onto the rocks there and took off. What a story it had to tell its squirrel friends that day!