Spidey Skills For Mankind: Slim To None 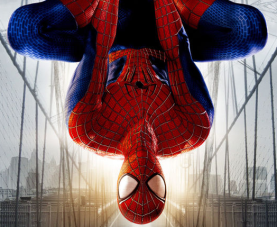 As much as that fictional superhero has occupied our zeitgeist for the last several decades, the science behind man acquiring the DNA of Spider-Man is extremely low, according to new research. A recent study announced by the University of Cambridge pointed to geckos as the largest animals able to scale smooth vertical walls. And what they need to do so is the stickiness from their adhesive footpads -- which is a physical trait found in much smaller animals and insects.
The percentage of an animal's body surface covered by adhesive footpads increases as their body size increases. So, an ant, cockroach, frog, and lizard each require a different volume of stickiness to be enough to offset the gravitational pull of their individual weights.

Tiny mites, for comparison, use approximately 200 times less of their body surface area for adhesive pads than geckos (0.02 percent versus 4.3 percent).

By that scale, man would require as much as 40-percent of the their total body surface with adhesive footpads to be able to scale to even the first floor of a skyscraper - a trait that most scientists have considered highly unlikely.

According to researcher Walter Federle, “if a human wanted to climb up a wall the way a gecko does, we’d need impractically large sticky feet - or shoes size 145.” 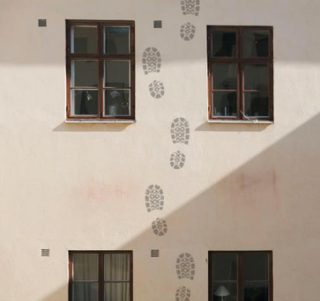 Oddly enough when comparing vastly different animals — for instance, a spider and a gecko are about as different as a human is to an ant — their sticky feet are remarkably similar.

These insights, according to the study, could have profound implications for developing large-scale bio-inspired adhesives, currently only effective on very small areas. So, perhaps there is a possibility for future teenagers to become ’spidey-like’ and scale their second-floor houses to sneak back in after curfew. But they'll have to wait until companies start producing footwear to accommodate.

“Our study emphasizes the importance of scaling for animal adhesion, and scaling is also essential for improving the performance of adhesives over much larger areas. There is a lot of interesting work still to be done looking into the strategies that animals use to make their footpads stickier - these would likely have very useful applications in the development of large-scale, powerful yet controllable adhesives,”noted Dr. David Labonte from the University's Zoology Department. 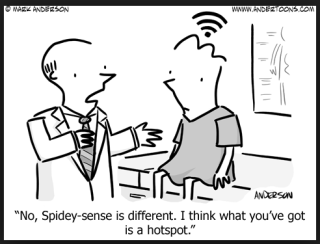 However, even after all this research, there was no indication as to whether any of these new devices or products will come with Spidey-sense.

So, perhaps crawling up walls is the best we can hope for if science and the market get together to start manufacturing something that's literally and figuratively going to stick. And then rely on our own ingenuity to fight crime and apprehend criminals.

When You Find Out That Your FaceBook Crush Is In A Relationship -- The Animal Video Of The Day!!!
Comments