Sperm Bank Created For Coral To Save The Great Barrier Reef

Most people aren't aware that corals are animals. They remain stationary
and most closely resemble plants to the human eye. In actuality they
are densely-packed colonies of almost identical polyps. These animals 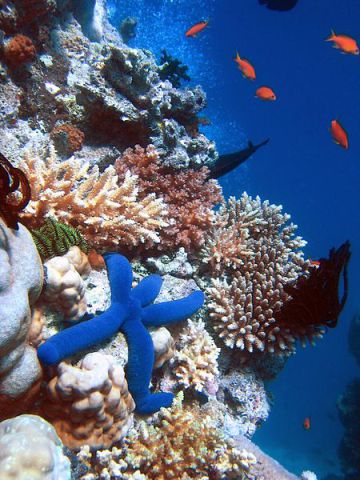 Great Barrier Reef (Photo by Richard Ling/Creative Commons via Wikimedia)gather together in large enough communities to create the world's reefs.
With these reefs under attack and dying off it is imperative to find
ways to ensure their survival. Some scientists are gathering billions of
reproductive cells to create a sort of coral "sperm bank."

Coral generally reproduces sexually, but are also capable of reproducing asexually. The coral that builds reefs will send out sperm and eggs into the sea at the same time. The event is so massive that it will cloud normally clear water. The two meet up to create new polyps to continue the life-cycle of the reef or to spread coral life further afield. This happens once every spring just after a full moon and temporarily turns the water red.

Threats to the health of these reefs include pollution, global-warming, coral mining, over-fishing, and predation by the crown-of-thorns starfish. Most of the world's reefs are currently at risk, most notably the Great Barrier Reef off the coast of Australia. 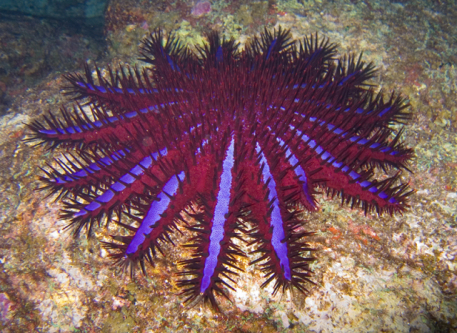 Scientists in Australia have been collecting and stockpiling reproductive cells from the Great Barrier Reef for the past two years. Their hope is that this sperm (and egg) bank will one day help rebuild the reef.

The annual collection of billions of cells allow for sufficient biological diversity. The sperm and eggs are separated and frozen. The eggs can be fertilized in a lab and the growth of coral started. These same collection and storage methods have been used for reefs in Hawaii and the Caribbean.

The long term plan is for the scientists to be able to re-seed sections of the reef, bringing affected sections back to life.

Reversing The Import Of Elephant Trophies Is Based On Conservation?
3 Billion Birds Gone, Just Gone: What You Can Do