Similar to the competition that starts with a large group and whittles it down to one person standing, a spelling 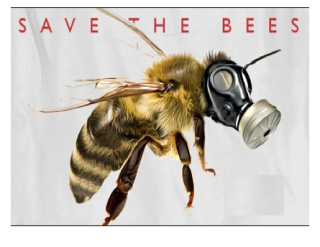 bee of greater concern is the phenomenon that just might leave this planet without any bees buzzing. It's a critical issue affecting mankind - and requires us all to do our part in 'spelling' bees from extinction. If each one of us takes turn -- either individually or in groups -- it's possible we can reverse this cataclysmic unfolding of events.

This means thinking twice about swatting that next pesky buzzing bee. By breaking old habits, we all need to learn this behavior. Like Buddhists, who see inherent value in all  animal and insect life forms, we must become more aware and active in the work required to save both honeybees and wild bees from extinction.

Since 2005, bee populations have been critically threatened as their numbers continue to spiral downward. So much so, they have become a major concern to farmers, biologists and beekeepers the world over. It's a complex issue involving chemical brands, environmentalists and governments. 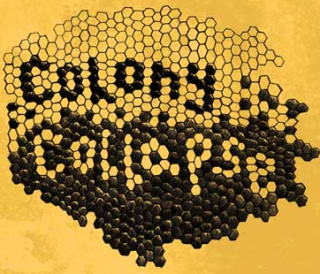 (CCD). This dynamic emerges when the queen bee and young bees remain, but the worker bees die off literally in droves - leaving the hives in peril. This decline has sparked debate but folks are beginning to come around to the belief that humans are actually one of the root causes harming this balance of nature.

Why so many others still do not believe in these inherent dangers is based on the mysteries as to what actually causes CCD? In Sophie Breene's report, titled, "Where Have All the Bees Gone?" she points to predatory pests, pesticides, diseases, immune-suppressing stress, changes in habitat or climate, poor nutrition, drought and migratory stress -- all individually or collectively -- being able to trigger various levels of CCD.

Honeybees and wild bees are the most important pollinators of a lot of the fruits and vegetables that are harvested from the crops that eventually make it to our tables. Of 100 different crop species worldwide that provide 90% of our global food supply, 71% are bee-pollinated. The value of pollination of food crops by bees in the U.S. alone is estimated at $16 billion and insect pollinators in general contribute $29 billion to U.S. farm income.

Albert Einstein who knew the inherent dangers of bees becoming extinct was quoted as saying: "If the bee disappeared off the surface of the globe then man would only have four years of life left. No more bees, no more pollination, no more plants, no more animals, no more man." Hopefully no one will have to prove this genius wrong.

Remember what nicotine did to smokers?

Although we know that most insecticides can kill bees and trigger CCD, when used in high enough concentrations, one relatively new variety of insecticides, called the neonicotinoids, is making headlines because the active ingredients can move into the pollen and nectar of treated flowering plants. Neonicotinoid pesticides, which are a synthetic derivative of nicotine attacks the bee's nervous system and causes exponential increases in colony deaths, in short periods of time.

So how can we help SPELL the bees from extinction?

There are several causes and actions that be taken on the macro and micro-level of this issue. For those who'd like to donate to research, there's a very unique project underway at Washington State University. Literally creating a buzz, entomologist Steve Sheppard and his research team have created the world's first "bee sperm bank."

"We do that frequently with horses and cattle and chickens," said Susan Cobey, a research associate on the project. "Finally, we have the capability to do it with bees." The new sperm bank -- which the scientists prefer to call a "germplasm repository"-- also could help preserve imperiled subspecies, Cobey said.

If donating is not feasible, you might think about that part of the world's turf you have control over. Anyone with a garden or access to a community growing field can cultivate bee-friendly plants (such as honeysuckle, clover, and basil, for example). While cultivating, take the lead from organic farmers and cease using garden pesticides and fertilizers. Politically minded people can also sign petitions to restrict the use of bee-killing pesticides in your neighborhoods and communities.

As the wise bard Shakespeare once wrote hundreds of centuries ago - way before this crisis became a critical issue: " He is not worthy of the honey-comb, that shuns the hives because the bees have stings." Think about that the next time you find yourself in a supermarket and can't locate a bottle of honey.

Lion Burgers Are SO Last March, Care For A Lion Taco Instead?