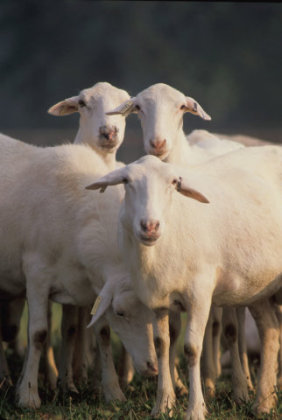 Sheep are rigged with technology to tell owner when they are threatened by thieves.Sheep farmer, Erard Louw, of Cape Town recently equipped his sheep with cell phone like devices that call him directly when thieves enter their fields.  You may think the hoofed animals would have trouble dialing, but they don't have to.  The phone device detects when the sheep are running which then automatically prompts the phone to call their owner without a digit needing to be touched.

The sheep farmer determined if he knew when his sheep were running, especially at night, then he would know when a thief had made its way into his fields.  Typically sheep are not runners unless they are being herded or feel threatened.  At night if the sheep are running it would most likely mean they are feeling threatened by an intruder who has cut through the fence of their grazing pasture.  Recently thieves have gotten away with 27 sheep and 13 lambs from Mr. Louw's farm, but that was before the cell phones.

Mr. Louw wasn't the only sheep farmer losing flock throughout their current winter season.  A local official confirmed the South African suburb has seen an increase of robberies due to the long winter nights and rain wiping out any tracks that would normally be left behind.  The increase in robberies got Mr. Louw thinking of a way to track his sheep when he came up with the cell phone idea.  It works sort of like a GPS ringing to Mr. Louw's cell phone stating "Sheep 1," "Sheep 2," and so on. 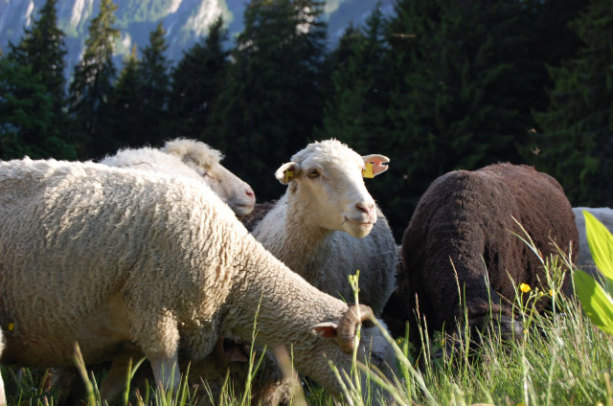 Sheep thieves are put to a stop with new technology.

So far one sheep robber was caught thanks to the new device.  The large size of the farm, 1,850 acres, makes it hard to catch every robber every time the phone rings, but the sheep farmer at least has a heads up now of what is going on in his fields even when he isn't looking.

Animal thieves beware!  This is a trend that could give cell phone providers a whole new marketing tool.