Believe it or don't, one of the world's most expensive cheeses comes from a single farm in Sweden. On this 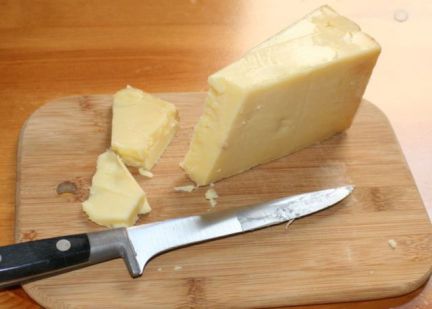 Cheese (Photo by J.P. Lon/Creative Commoons via Wikimedia)legendary farm, known as Moose House, Christer and Ulla Johansson, raise three moose for milking. The moose only produce milk from June through August, so they have to make the most of the time available. These months allow them to produce 660 pounds of one of  the world's most expensive cheeses.

The three moose cows on the farm outside of Bjursholm, Sweden, were found abandoned in the woods outside of town. The Johanssons adopted them and let them roam free on their 59 acre farm. They have 14 moose now, but only Gullan, Haelga, and Juna are milked. 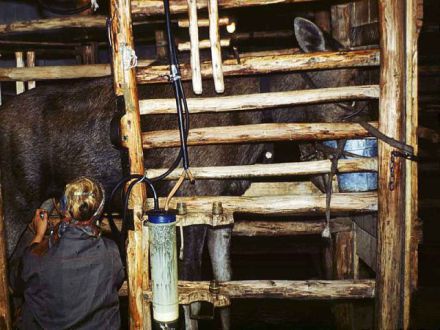 Moose Being Milked By Machine In Russia (Photo by Alexander Minaev)It isn't easy to milk a moose. It takes total silence and up to two hours of work. Some moose milk dairy farms in Russia have milking machines, but they only produce the milk and don't make cheese.

If you are in the mood for of the three varieties of this cheese at a mere $500 a pound you will need to fly to Sweden and visit the farm. Check with your travel agent for arrangements.

Cool Stuff To Buy Humans
For Her
For Him
For Home
Weird, Odd or Bizarre