The weather report is in and it doesn't look good. Yes, once again this
summer there is a Sharknado on the way. Finn and family always seem to
be at ground zero for these devastatingly strange storms. This time they
are in Las Vegas when the Great Whites start flying and, as usual, no
one is truly safe from the fishy carnage that ensues. It promises to be a
bloody good time. 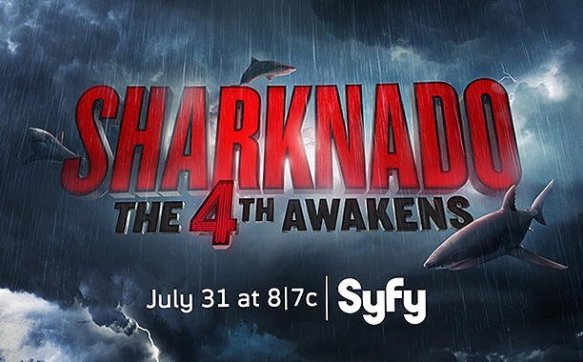 Sharknado: The Fourth Awakens is coming up on July 31 on SyFy and look like more of the same campy, outrageous, ridiculous fun. From the title which gives a playful poke at the Star Wars movie franchise to the large number of famous cameos we are definitely in for a wild time.

At the end of Sharknado 3: Oh, Hell No we were left with a cliffhanger when it looks like April, Finn's wife, has been devoured by a shark. The viewing public was then asked to decide her fate. This is where I would normally add a spoiler alert, but SyFy is hardly keeping it a secret that April has survived and is back to kick some shark butt again. They do hint that she has changed, so I guess we will have to watch to find out how. 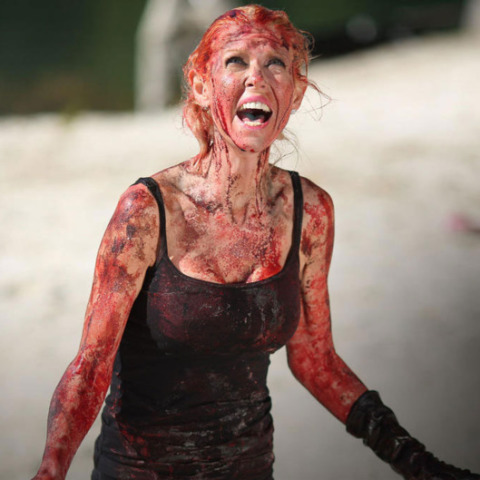 Now it is five years after the entire East Coast was devastated by the last sharknado. This time we are getting away from coastal waters and the storms are rising in completely unexpected places.

Most of the cast reprises their roles, including Ian Ziering, Tara Reid, and David Hasselhoff. New cast members include Gary Busey and Cheryl Tiegs. Not all of the names of people in cameo roles have been released, but there are plenty. Suffice to say that they include Dog the Bounty Hunter, Wayne Newton, Carrot Top, Gilbert Godfried, and Steve Gutenberg. A couple of Real Housewives and judges from Shark Tank help round out the cameos. And what would Vegas be without an Elvis impersonator? 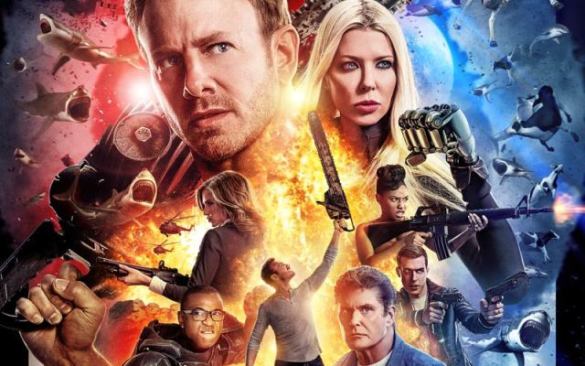 So stock up on the popcorn and Raisinets and start planning your Sharknado viewing party. Give a prize for the person who can identify the most cameo roles. Serve a bloody red bowl of punch or shark teeth (tortilla chips) with bloody salsa. Oh, yeah, get creative with it!