Many Sami (or Laplander) people of Norway still make their living by
engaging in reindeer herding and husbandry. Naturally this means that
issues are bound to arise. So if you are having a problem with your
reindeer who ya gonna call? No, not Reindeer Busters, but you will be
phoning the Reindeer Police. And that's no joke. 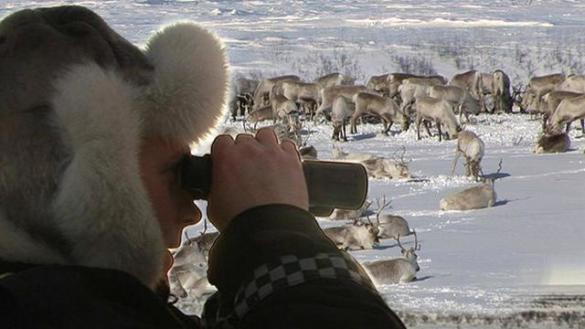 The
Reindeer Police is a unique squad of law enforcement professionals in
the county of Finnmark. They were established in 1950 and their primary
mission is to police Sami reindeer herding. They are also out there to
handle crimes against nature and the environment in both the Finnmark
and Nord Troms. That area of Lapland in northern Norway covers about
56,000 square kilometers and is policed by only 15 officers.

You
might expect that they would work for Santa, but they are entirely a
part of our own daily world. The officers are often present during the
gathering, separating, marking, and slaughtering of the reindeer. They
are a vital part of the conservancy of the reindeer population to make
sure that it is sustainable. This population of reindeer is
semi-domesticated. Several herds of wild reindeer still exist in
southern Norway. In some countries the Sami people have special rights to
reindeer husbandry.

Reindeer meat is sold throughout Scandinavia,
including canned reindeer meatballs. The meat is tender, lean, and very
versatile. Most of the internal organs are eaten and the antlers are
powdered for sale as an aphrodisiac in Asian medicine. 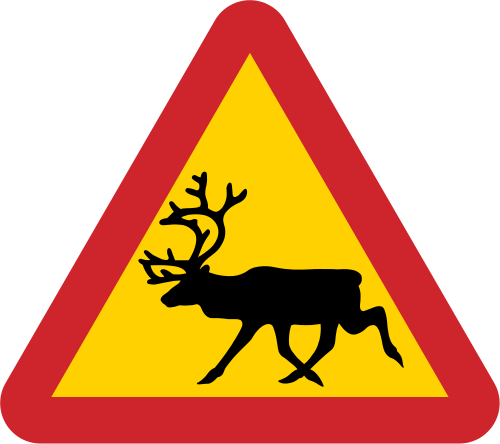 In
a somewhat related story, back in February of 2012 police in northern
Norway pulled over a driver due to the unusual nature of the passengers
of his car. Somehow he had managed to fit five live reindeer in his car
to transport them. Three of the reindeer were in the back seat and two
more in the trunk. It was reported that none of the reindeer were wearing seatbelts. The driver claimed he had received clearance from the
Norwegian Food Safety Authority to transport 5 of his reindeer 62 miles
from Karasjok to Børselv. If you were thinking there might not be a
need for Reindeer Police, now you know better.

Owl Trolls Photographer By Posing In Front Of Sign