If you have reached a point in life where you no longer believe in
Santa, this story may, just may, make you rethink that stance. When Dolly
the Boston terrier was stolen from outside a local shop her owner,
7-year-old Isla Kerr, decided that there was only one course of action
-- to write a letter to Santa because, as she told her mother, "Santa
can do anything." 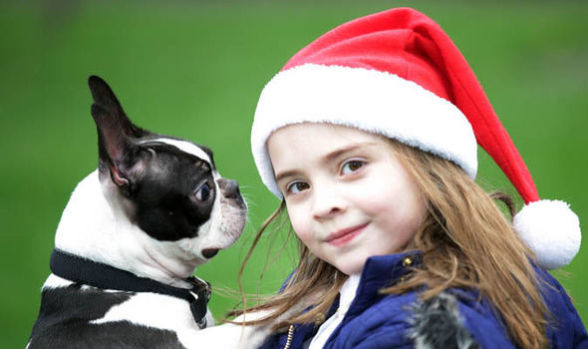 Isla and her father, Darren Kerr, had just stepped into the shop to buy some ice cream. They were only gone for a few minutes, but long enough for someone to make off with their precious pooch. Isla was beside herself. Dolly was not just a dog, she was blind and needed medication. The family pulled out all the stops to find Dolly.

There was no question in Isla's mind as to how to make sure Dolly came home. She put pencil to paper and wrote:

Whether Santa only read the letter or also saw the posters the family had plastered all over Sowerby Bridge, West Yorkshire, England, it worked. Two days later her mother, Vanessa Meskimmon, received a phone call from a man who had seen the posters and then had seen Dolly in the park. The man drove Dolly over to the family's home. 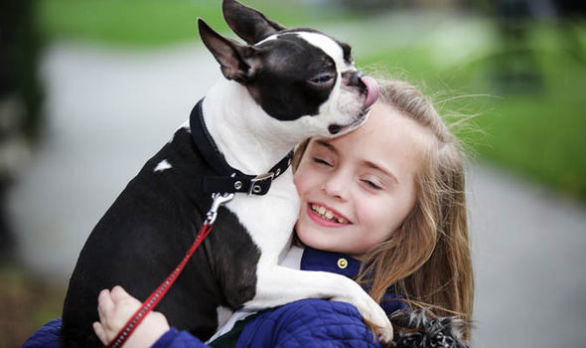 Isla was at a neighbor's house making up more posters to find Dolly and knew nothing of what was transpiring. Her father had gone out to the man's car to confirm that the dog was indeed Dolly. Then he went to get Isla. "Someone wants to see you."

Dolly was ecstatic to find herself at home again and said so with wriggles, jumps, and face licks for everyone in the family. Isla could barely sleep that night she was so happy and she couldn't stop hugging Dolly. 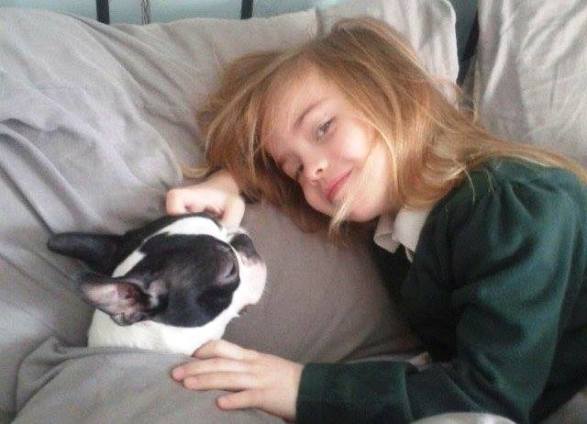 The family had adopted Dolly when she was just nine weeks old and she quickly became an integral part of the clan. She lost her vision earlier this year due to an incurable medical condition. Isla is quick to point out that Dolly still knows who each of them are and that she knows she is finally home.

I don't know about you, but I believe!

Santa Delivers Gifts To The Fish

An Unlikely Pet Toy -- The Animal Video of the Day!!!