A new star has been wowing the crowds in San Francisco over the last few months. Dubbed "Sutro Sam," the
first river otter to be seen in the city in numerous decades, is the
latest draw to a coastal area of the city where 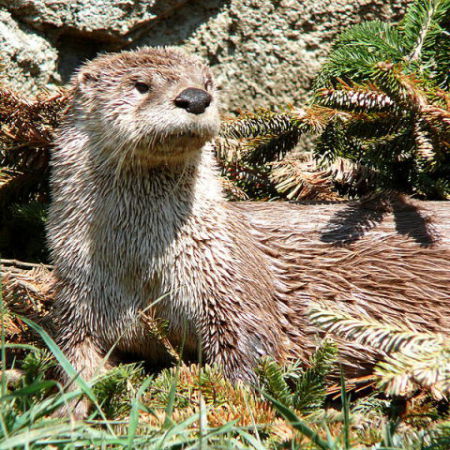 River Otter (Public Domain Image) the ruins of an old 19th century bath house has long been a tourist site. Sam has been seen apparently building a nest in a pond among the ruins.

River otters were once plentiful in San Francisco, but their numbers were decimated by development, hunting, and pollution. It has been around five decades since an otter has been seen in San Francisco. Scientists believe that Sam's appearance is proof that years of conservation along the coastal watershed of San Francisco is succeeding.

Conservationists are still trying to figure out how Sam managed to get to the ruins. Young males are more likely to venture further afield in search of food and have been known to make themselves at home in new areas. Other otters can follow and help create a new colony. Otters have even been known to hitch rides on boats. At this point they just don't know how he managed the trip.

Areas to the north and to the east of the Bay Area have also seen the return of otter populations in recent years. They are a kind of living gauge to measure how the wetlands are doing in the area. The return of the otters is proof that the wetlands in the area are well on the mend.