Sail On Silver (And Orange) Girl -- A Cat's Life At Sea

When Captain Liz Clark took off to live at sea ten years ago she had had
no plans to take on any crew members, much less one with four paws and
whiskers. Life had other plans. When she was in French Polynesia she
found a stray calico kitten and took her back to the boat for some food
and love while she sought a new home for the cat. 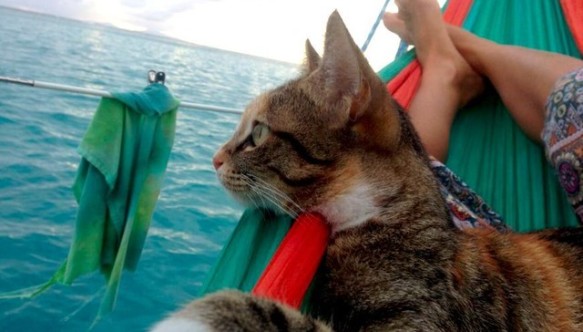 Image via The Dodo

That was in 2013 and the kitten, now a grown cat, is still living on the boat. Her name is Amelia (aka The Tropicat) and she is quite the personality -- s trait well-known among calicoes (just ask my cat). She was named for pioneering aviatrix Amelia Earhart. While a boat is a strange choice of home for a cat she was the one who made the choice -- after a bit of an adjustment period and more than 40 days in the wilderness. 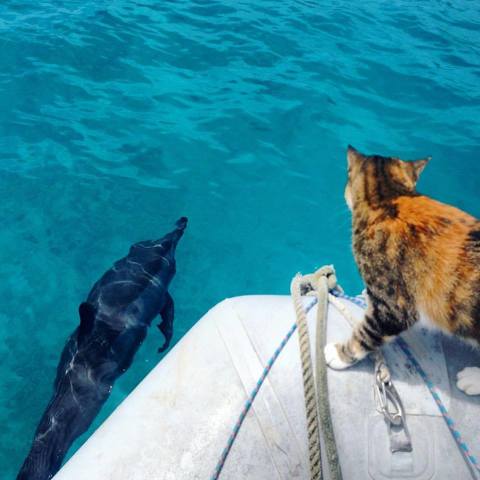 Amelia checks out one of the neighbors.

While the pair was visiting an island Amelia went walkabout and disappeared. Clark searched for her to no avail and finally returned to her boat. With a small bed and breakfast place on the island there were humans that Amelia could connect with if she felt the need for human companionship again. 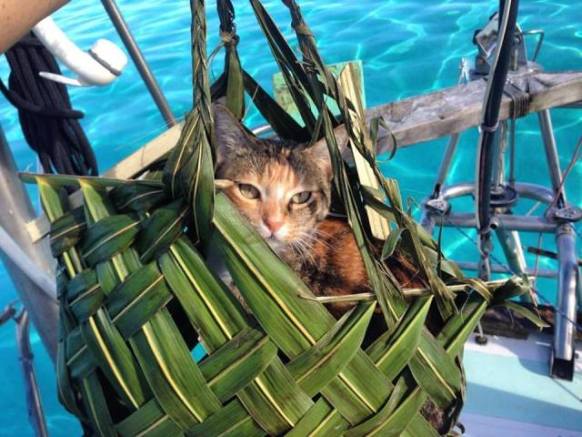 Like all cats, Amelia enjoys checking out shopping bags.

After more than 40 days Clark received word that Amelia had been spotted at the B&B and she sailed back to the island. She was still unsure if the cat would be willing to set sail with her again, but she was determined to let the independent little feline make her own choice in the matter. 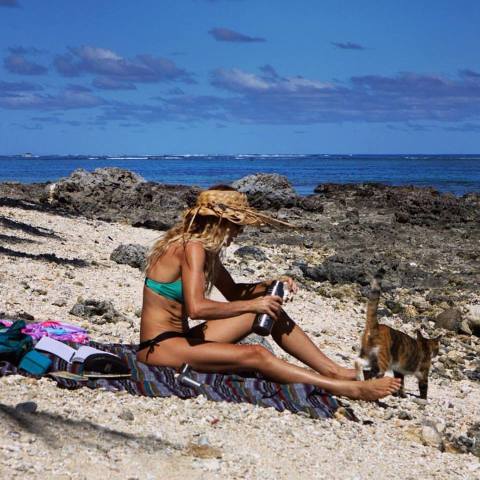 Amelia hanging with Clark on the beach.

The pair was reunited and when it was time for Clark to return to the Swell Amelia followed her down to the dock. "I got in the boat then looked at her and asked her if she was sure she wanted to come home. She looked at me for a moment, then casually stepped into the boat," Clark explained. Granted, it is hard to know the mind of a cat. 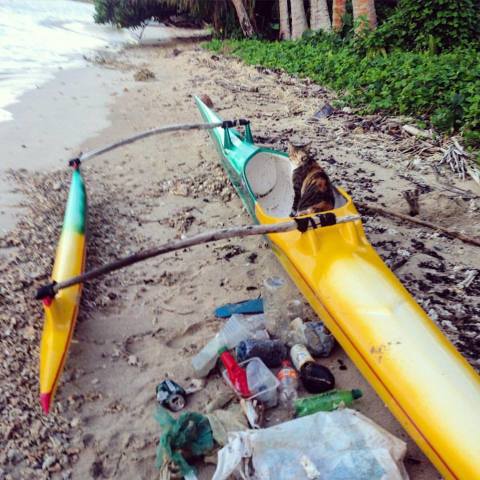 Since then Amelia hasn't left Clark's side on sea or on land. She follows Clark all over the place -- including other boats, restaurants, and pool halls. I know that one. My cat follows me on visits to other people's homes in the neighborhood. Cats are NOT aloof once you really get to know them. 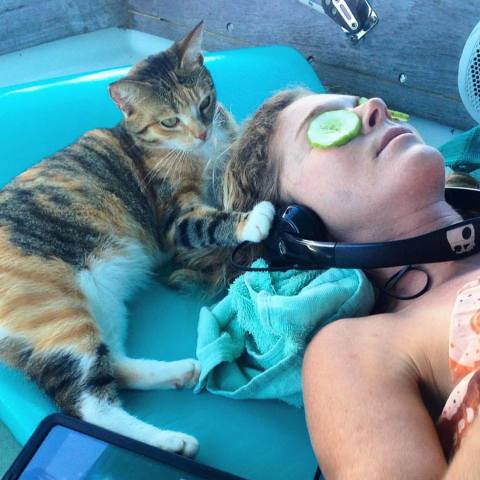 Hanging with Mom on the high seas.

There is one thing that they don't see eye to eye on -- Clark is a vegetarian and Amelia just doesn't quite get the attraction. On the other hand there is an ocean full of tasty things just a dive away -- if only she didn't hate the water so much. She knows because she has fallen overboard a few times and it doesn't matter if you always land on your feet then. However, Clark reports that she is a surprisingly good swimmer. 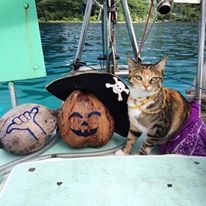 These days they are spending just a little more time on land so that Clark can work on the book she is writing and Amelia can work on her tree climbing skills and chase whatever creatures cross her path. They are more than just sailing buddies now -- they are family. And the boat is still home for them both. To check out Clark's blog, click here.

This tale is also further proof that you can't adopt a cat -- the cat must adopt you.

PetsLady's Pick: Freaked Out Space Cat Of The Day