According to news sources, Russian dog owners are being encouraged to use their pets as billboards by advertising agencies. In the city of Novosibirsk, more and more pet owners are turning their beloved pets into vehicles to earn more cash for life’s necessities and sundries alike. The Promo Dog advertising agency located in the heart of the Siberia pays owners a fee to dress their pet pups in the latest fashions. This experimental project has been received with much applause (from both paws and hands) and is destined for success. 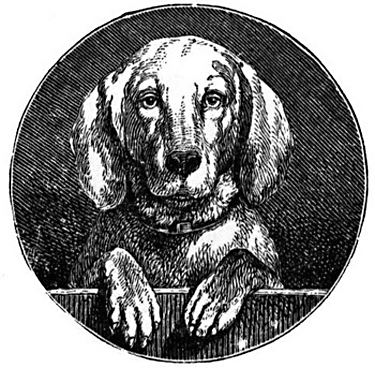 Promo Dog agency director, Pavel Kamenev, had this to say about that:

“Dogs are like children. They are colossally charming. This charm offsets very well the negative attitude consumers have towards advertising.”

This rather ingenious idea works in the following way: Once the agency gets a firm order from a client, they create a specially tailored coat for the dog with the client’s specific logo printed on it. The deal is that the dog wears the coat every time it is taken out for a walk over a month’s period of time. At the end of the month, the client receives a photographic report on dog's work.

“As a rule, the owner walks a dog two to three times a day. So the cost of
advertising on 10-15 dogs is equal to renting 1-2 billboards in the citycentre.”

The dog owners have to sign a contract that they will sometimes walk the dog using routes within their areas but identified by the agency. Pet owners who have signed up are thrilled with the extra cash and find dog walking to be a most enjoyable way to earn it. Dog owner, Irina Komarova, said:

“People take it with humor. Kids love it. When I pass a playground near a school or kindergarten sometimes a child would say, ‘Mom, look! A toy dog with legs!’ And the mom would reply: ‘Not a toy dog with legs! An advertisement with legs!’ Everybody laughs at it. Some people come up and enquire about the firm.”

The agency already has 150 dogs in their portfolio and hopes that by the end of the winter they will sign up around 1,500 more.

No one has asked the dog models how they feel about all this, but maybe they don’t have to.

Perhaps these four-legged darlings already possess the secret knowledge that the world has been “going to the dogs” for some now!”

What do YOU think?