Roos On The Loose From The Zoo

Three kangaroos managed to escape from a wild animal park in Germany on
Saturday night. Their accomplices in the prison break were a fox and a
wild boar. Two of the wayward roos have been 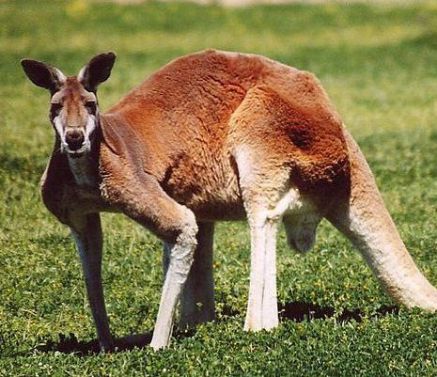 Kangaroo (Public Domain Image)apprehended while one
remains at large. The remaining kangaroo is reportedly neither armed nor
dangerous; however, caution is being advised since he is still
capable of kicking some serious butt.

The escape happened through two separate incidents on the same night. The roos were able to escape their enclosure after a fox had sneaked in from the forest outside the park and dug a hole next to the cage. The wily kangaroos then managed to find a hole to the outside world that had been dug by a wild boar from inside the park.

While the wildlife park is still seeking the remaining kangaroo, they seem to be less inclined to look at the obvioius. There was clearly a conspiracy at work here to get kangaroos to infiltrate the German countryside to destabilize the nation by perpetuating myths of phantom kangaroos. With much of the population being considered insane over these sightings, the animals would be able to take over.

George Orwell would be proud.

Studies Say NO To Raw Food For Cats And Dogs
Comments