In the category of things you never thought you'd see -- fish
receiving glass eyes so that the other fish would stop picking on them.
In late November 2014, two rockfish at the Vancouver Aquarium in Canada
underwent surgery to receive prosthetic eyes to replace the eye that
each of them had lost to cataracts. Missing an eye apparently made them
look weak to the other fish in the tank which led to the fish being
bullied. 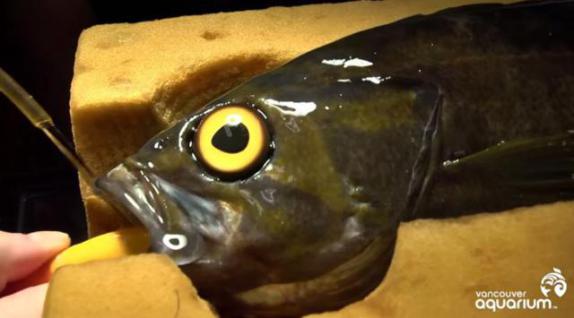 The fish had begun to look a bit worse for wear as the rest of the fish had begun to sneak up on them and nip at them. Veterinarians at the aquarium had several options to consider -- including moving them to a new tank and hoping that the fish there wouldn't notice the missing eyes and euthanasia. They opted instead to go with the surgery to give the fish a glass eye.

Strangely enough they didn't have to have special eyes created for the job. They just used the same glass eyes that taxidermists use when mounting trophy fish. The surgery took a total of 20 minutes and water was being flushed through the gills the whole time. 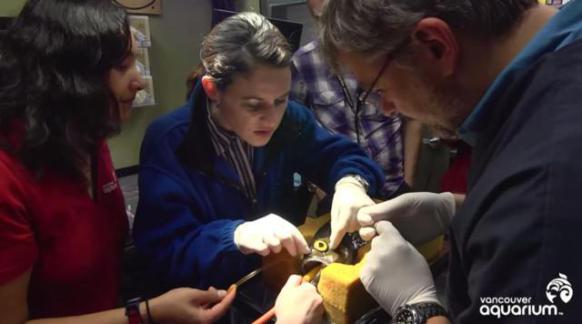 In the wild rockfish can live to be 80 to 100 years old, so these fish have a lot of life left in them. It used to be common for aquariums to euthanize the fish until the idea was pioneered back in the 1990's. Then it was primarily for ornamental koi which can cost thousands of dollars to purchase.

This is not the first fish implant surgery either. Several fish at the Seattle Aquarium are also sporting glass eyes. The rockfish are getting back to their old selves after the surgery. The other fish are fooled by the glass eye and are no longer attacking the half-blind fish.

The surgery has been making news around the world and on Friday night Jimmy Fallon even got in on the action by mentioning the surgery in his monologue on The Tonight Show. "So far the toughest part has been other rockfish figuring out where to look when they're talking to him... ‘Do you like swimming, or?'" he said. "It's awkward."

How many fish out there get to be this famous -- at least without an agent?

Tickle The Shark! The Animal Video Of The Day!!!