Rob, The Indian Palm Squirrel, Will Steal Your Heart

Rob is the perfect name for this baby Indian palm squirrel because he is
going to steal your heart! The tiny rodent hails from Sri Lanka where
wildlife filmmaker Paul Williams found him in a dark parking lot. At
first Williams thought the animal was dead, but then it twitched. He
scooped it up and began to warm it in his hands. 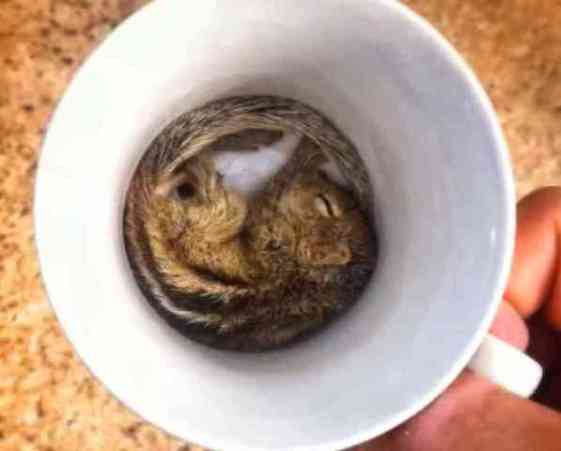 He looked around, thinking that it had fallen from a tree and that its parents had to be nearby. So he placed the squirrel as high into a tree as he could and covered it with a tissue to keep it warm. When he came back the next morning Rob was still there, still tucked under the tissue. So Williams found himself suddenly faced with a pet that needed him desperately. 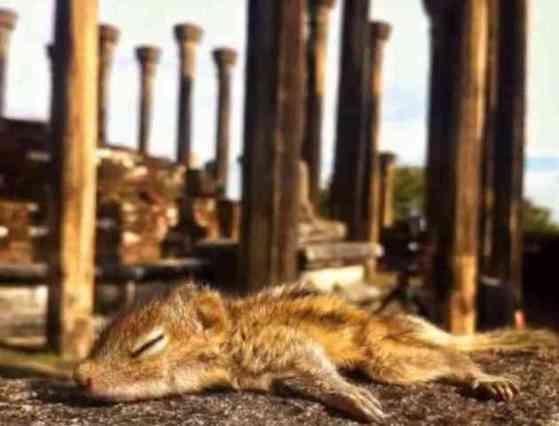 Rob, The Indian Palm Squirrel in a Temple (You Tube Image)

Williams, who was in Sri Lanka to film leopards and temples, was not about to give up on the squirrel mom and dad quite so easily. He persuaded the crew from the BBC's Natural History Unit to get out their thermal imaging equipment to see if they could find Rob's family. Sadly it showed no hotspots in the surrounding trees where Rob may have come from. 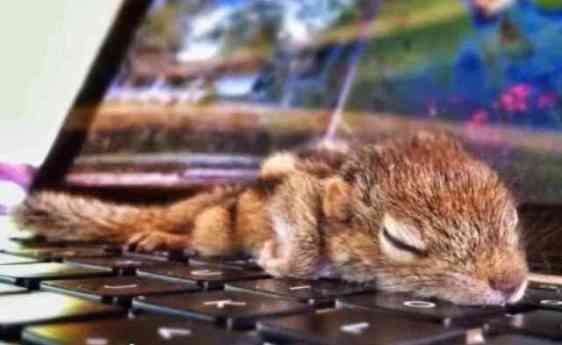 The next thing everyone knew Rob had become a de facto member of the crew and spends most of the day sleeping in Williams' shirt pocket. This makes it handy for the filmmaker to be able to keep an eye on and feed Rob. The squirrel is obviously relaxed with his current life circumstance and human dad as witnessed by the photos that show Rob's ability to fall asleep anywhere -- from the inside of a coffee cup to the ruins of an ancient temple. 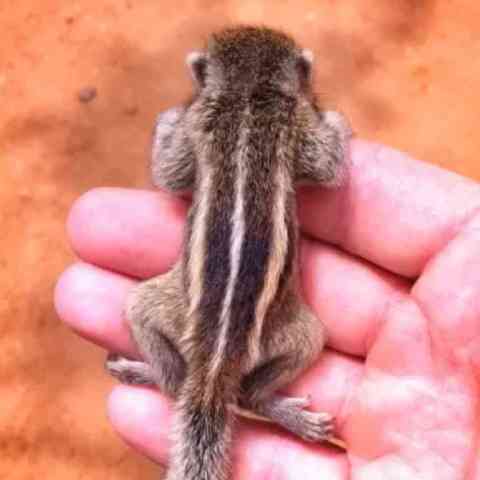 Williams is concerned about raising a baby squirrel on the road. There is a lot of travel involved in cramped quarters. There is always the chance of a stray dog or monkey getting hold of Rob for a quick snack. So, much as he would love to try to keep Rob as a pet, he is trying to find a wildlife rescue center that will take him on and eventually return Rob to the wild. For now, though, Williams may be Rob's best bet. Williams has worked at a wildlife rescue center in the United States to rehabilitate animals, primarily birds of prey, back into the wild.

Palm squirrels are so named not because they can fit in the palm of your hand, but because of the type of trees they prefer for building their nests. The critters are considered sacred in India where they are associated with Rama.

Your Place For Halloween Dinner

Computer Turtle Mouse Is Worth Shelling Out For

Love Is A Many-Sweatered Thing
Comments