Road Kill To Be Newest Trend In The UK Bar Scene?

BrewDog, a bar with locations throughout the United Kingdom, is selling beer in bottles that have been placed inside of taxidermied road kill.  The unfortunate animals include squirrels and weasels.  According to the bar's website "this beer is an audacious blend of eccentricity, artistry and rebellion; changing the general perception of beer one stuffed animal at a time."...Did I mention it sells for $765 a bottle?? 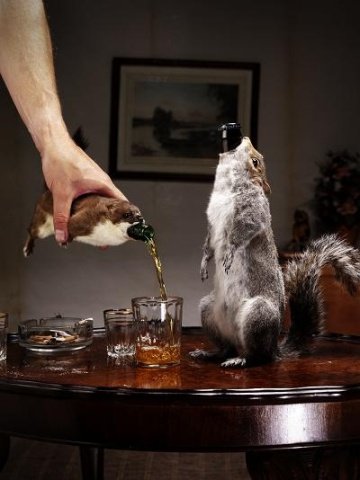 The beer is called "The End of History."  Each carcass comes with a certificate to identify the authenticity of the taxidermist and supposedly the validity of the collection piece since as of now only 11 have been on the market.  That includes exactly seven weasels and four grey squirrels holding bottles of beer that contain 55% alcohol.  Currently this is the strongest beer in the world, so that alone could make it a collection piece and possibly explain the price. 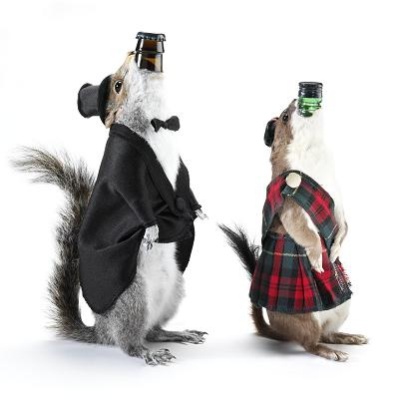 Weasels and squirrels are used as bottle holders.