Revenge Of The Hounds: Karma Is A Dog And His Friends

What goes around comes around. You reap what you sow. Karma is a bitch.
No matter how many clichés you apply to something there are times when
you've just got it coming. Animal lovers everywhere are cheering for the
dog who took revenge on a car owner in China who kicked it by going and
getting its friends to chew the heck out of the car. To them he got his
"just desserts." 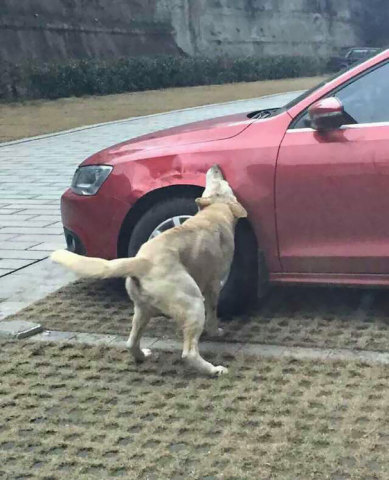 It all started when the man in Chongqing, China, arrived home to find a stray dog lying in his preferred parking spot. He got out of the car and literally kicked the animal out of the space and went on to park there. To no surprise, the dog apparently took offense to this. It went away and came back later with a pack of its buddies. They chewed up the car exterior and the windshield wipers. 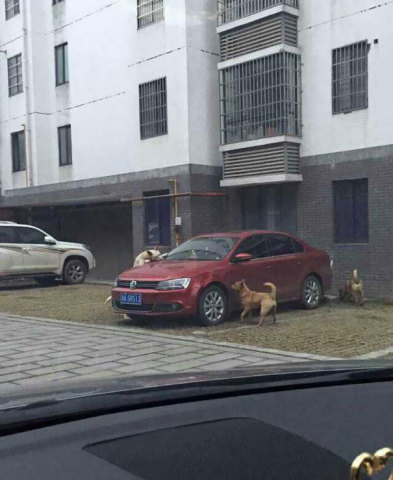 The next morning the man went out to his car and found it covered in what appeared to be bite marks. He remarked on the odd condition of the car to one of his neighbors. It turned out that the neighbor had seen the whole thing and had taken photos. 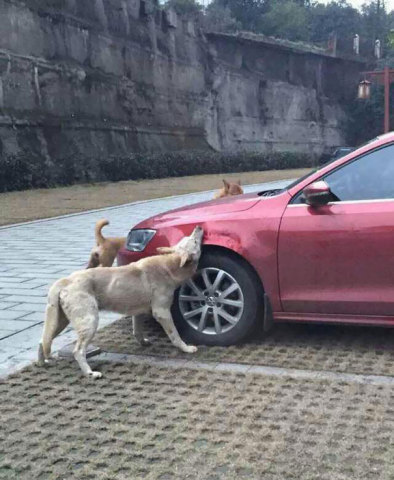 They say Karma is a bitch, but there is no word on whether the dog was female. However, it does seem to be proof that the old adage is true -- let sleeping dogs lie.

PetsLady's Pick: Cute Turkey Turtle Of The Day
Tough Guys And Kittens -- The Animal Video Of The Day!!!

Doggy Dance Party! The Animal Video of the Day!!!

Don't Be Slothful -- Use A Bib!
Comments