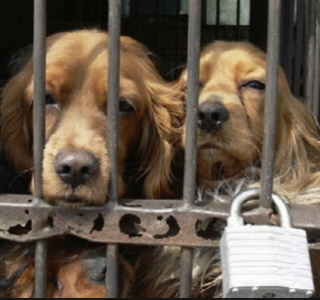 The consideration of dogs as a food product is unfathomable by U.S. standards. The term “dog meat” is deemed unconscionable by most societies. Yet, the practice of butchering canines for human consumption still exists in the 21st century. Unfortunately, dog meat is purchased from farms and consumed as traditional cuisine in various parts of world, including China, Vietnam, Cameroon, Ghana Liberia and South Korea. Western culture, on the other hand considers this diet taboo and abhorrent, and refrain from resorting to it, even in times of war or famine.

According to South China Morning Post, South Koreans were reported to have consumed somewhere between 1.5 million and 2.5 million dogs per year in the past. But according to one dog meat farmer, Gong In-young, he now believes his business in Wonju may have run its course.

“It’s a dying business,” noted Gong figuratively and literally. “In the past, people ate dogs because there was nothing else to eat but nowadays, young people don’t have to eat it,” Gong said. “It’s becoming weird for people,” he added.

The meat farming business in general is losing its demand and appeal with the country’s Millennials. With an able assist from the US-based Humane Society International (HSI), Gong’s business was the fifth largest dog meat farm to close shop this year.

Based on the humanitarian efforts of the HSI, 250 dogs and puppies are in the process of being shipped to shelters and rescues in the United States and Canada for their second chance at living out their remaining years with new adopted families 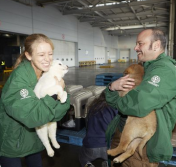 In my home state, 120 of them will be transported to St. Hubert’s Animal Welfare Center in Madison, NJ.  The remaining dogs will be transported nationwide to foster families in Ottawa, Canada (see full list of shelters here). In addition, the following companies contributed to the rescue:

Andrew PlumblyAndrew Plumbly, campaign manager for HSI stated: “In our experience, many dog meat farmers are keen to leave this business behind them, and come under increasing pressure from their children to end dog breeding and killing. However, they need help in transitioning to an alternative living, so that’s where HSI steps in. Ultimately we need the South Korean government to get involved in phasing out dog farming and banning dog eating, and with the Winter Olympics coming up in Pyeongchang in 2018, we are urging politicians to work with us to consign the eating of dogs to the history books.” 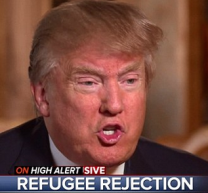 Let us applaud the efforts of the HIS, shelters and sponsors in the U.S. and Canada for their tireless efforts in making this transition possible, and hopefully by the end of this year, we will learn that dog meat farming is a thing of the past.

And aren't we fortunate in the United States, that in this presidential election cycle when one of the leading presidential candidates rails on and on about securing U.S. borders, that he will not be in charge of this initiative, where these refugee dogs are concerned?

This Tiny Schnauzer Can't Seem To Stand In Her Life Jacket -- The Animal Video Of The Day!!!

Tips For Keeping Your Pets Off/From Destroying Your Furniture