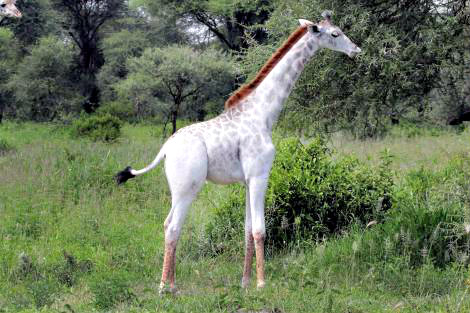 If you’re a lover of wildlife, you’ll love this story. Recently, a rare white giraffe was spotted within the confines of Tanzania's Tarangire National Park. The youngster was traveling within a group of mature Masai giraffes, and she stands out like a sore thumb. Born back in 2015 but seldom seen since that time, she was named Omo by a local tour guide. The beautiful calf is now about shoulder level in height, as compared to the full-grown giraffes she keeps company with, one of which is surely her mother.

Omo’s condition is what is known as leucistic, which means she still has pigment in her soft tissues, such as her eyes, but not her skin cells. This gives her the appearance of being dusted in powdered sugar, and she’s every bit as sweet. At roughly one year old, the park is thrilled to see that she’s not only survived her first year but appears to be thriving as well. While her condition is uncommon, leucism occurs in many different species, including eagles, penguins and hippopotamuses. 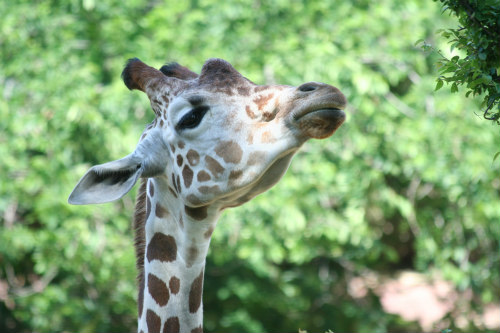 Giraffes are the Tallest Land Mammals in the World: Leucism occurs in many different species to varying extents

Giraffes in the Wild

At an average of roughly 16-18 ft. in height when fully grown, the giraffe is the tallest land animal in the world. The exotic animals are characterized by their extremely long legs and equally long necks along with the distinctive blocked pattern of their coats resembling large bordered spots. Many eons ago, people first thought the giraffe to be a cross between a leopard and a camel, making it easy to understand where their scientific name of Giraffa camelopardalis came from. In the wild, the creatures can expect to live up to 25 years, as they have very few natural enemies once they reach adulthood.

The curious creatures reside primarily in savanna areas in the sub-Saharan region of Africa. Their extreme height allows them to eat leaves and shoots at levels much higher than other non tree-climbing animals can reach. Their long tongues contribute to their ability to eat this way because they actually help pull leaves from the trees. They are known to be particularly fond of acacia trees. Spending most of their days eating, full-grown giraffes can eat over 100 lbs. of leaves and twigs in a single day. While that may seem like a lot, giraffes only sleep less than two hours a day, giving them plenty of time to graze. 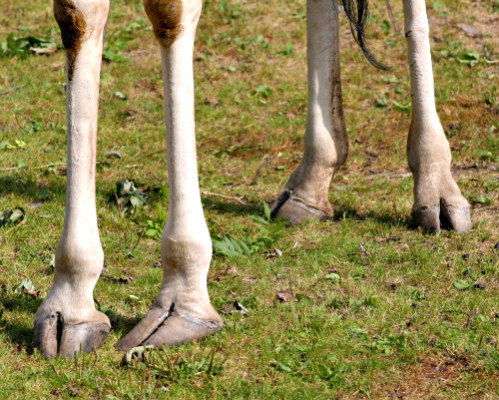 Giraffes Have Feet like Camels: On the surface, giraffes appear to be a mixture of many different mammals

Omo’s mother in all likelihood carried Omo for 15 months, which is the average gestation period for the animals. Like a lot of other creatures, giraffes give birth standing up. Their calves are approximately six ft. tall at delivery and weigh upwards of 150 lbs. She’s been extremely lucky in that more than half of all giraffe calves die before they’re even six months old due to predators. Since she’s made it this far, Omo’s guardians at the park are working to keep her safe from poachers who might view her as even more desirable due to her unusual coloring. This very coloring could also make it more difficult for her to blend in and hide from beasts of prey in the wild.

If you’d like to see more images of Omo and her herd, you can go to National Geographic and get an eyeful of the cutie and her extended family.

New Species Of Gibbon Named For Luke Skywalker
Squirrel Learns to Purr When Adopted by Cat! The Animal Video of the Day!!!

The Circus is NOT Coming to Town?
Mallacoota Koalas Saved From Australian Bushfires By 22-yr old
Comments