Raccoons Cause Problems For Florida Residents

Raccoons are native to a wide range of North America, and if you don’t have deal with the striped scavengers, consider yourself lucky. Raccoons are jerks! 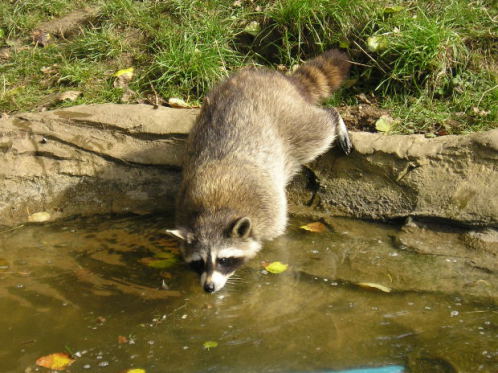 A few years ago, I had to deal with a family of raccoons that had taken up residence in one of the palm trees in my backyard. I wouldn’t have minded my masked neighbors if they didn’t shriek like banshees while mating and trespass onto my porch in search of Jessie’s dog food. (After the first time I saw the huge “momma” raccoon waddling around the porch, I made sure to pick up her water dish and shut the doggie door every night before bed.) The raccoons ended up leaving on their own after a few weeks, but I’ve noted a pattern that Florida’s raccoons are unafraid of humans.

Late last May, the citizens of Palm Coast have had a plague of raccoon incidents. At least seven stressful human vs. raccoon encounters have transpired, and they range from an aggressive raccoon hissing and charging school kids at a bus stop to putting down two hostile individuals that had signs of rabies. In the state of Florida, it is legal to kill raccoons on your property, but if you manage to catch them in a trap, animal control will gladly take the nasty creature away for free. 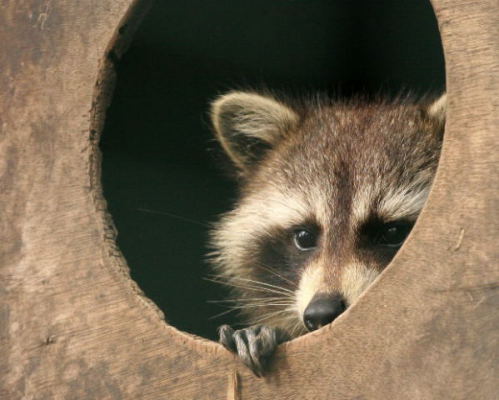 And Don't Come Out!

I can recall plenty of stories about dealing with belligerent raccoons throughout Jacksonville. I remember when a band of raccoons began hunting the squirrels on my grandparent’s property, grandpa baited humane cage traps with jelly toast to lure them in. Sure, the caged raccoons were intensely furious when the animal control agent would place a lasso over its head, but they became even angrier when they were unceremoniously dragged across the yard to the agent’s truck. A local municipal park is infamous for the dozens of raccoons that gather around the park’s entrance at dusk. I suppose dopey tourists have taken to feeding them because they are “cute,” but I think it’s extremely creepy to see a handful of large and hungry raccoons and at least ten sets of glowing eyes peering at you through the darkness every time I take Scribbles for an early evening jog on the beach… 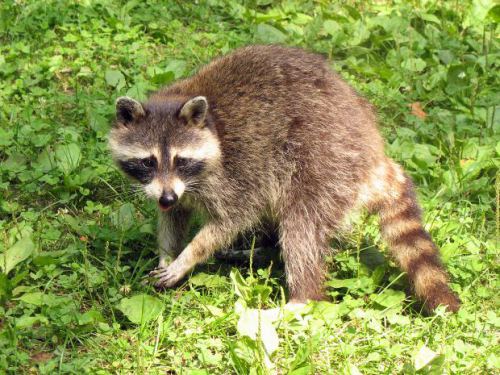 Raccoons are common throughout North America, and they are opportunistic feeders that consume a varied diet of bugs, berries, frogs, nuts, eggs, pet food let out overnight, grape jelly on white bread, and whatever they can get their grubby little paws on. They are a pain for locals because they raid garbage cans, rip holes in roofs for nesting purposes, attack people and pets, high potential of carrying rabies, as well as their natural ability to soak up parasites like a sponge.

I may sound like I’m a little harsh on raccoons, it’s only because we’re sharing the same living space and while they are loud, destructive and aggressive, I can’t blame them for being themselves. After all, I think monkeys are adorable, but I’m sure that people who live in areas with wild primate populations would give me a similar speech, with the words “raccoon” placed with “monkey!”