The Price Of Mice

Despite being cute enough to have inspired one of the most popular
cartoon characters in history, mice have long been vilified for their
role in spreading plague and increasing famine. Not without just cause.
The financial effect can be more direct -- just ask one man in Missouri. 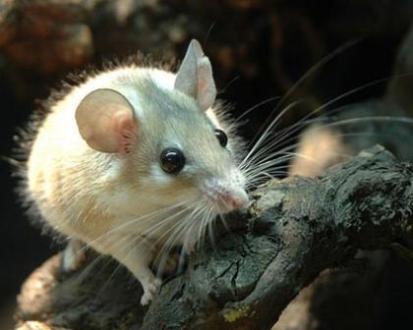 He had a bag of $1,000 in $20 bills in a bag at his home last winter when first an ice storm and them flooding interfered with life. In the confusion the vinyl bag went missing. By the time he found the bag again it had been heavily damaged by mice. The zipper had been left open, so the mice had gotten into the money and done some serious chewing.

In August he took the money into the First Missouri State Bank in Jackson in hopes of being able to recoup the loss. The bank manager and two staffers sorted through the remnants of bills, mouse droppings, and bird feathers, and did their best to reassemble the bills.

The manager contacted the U.S. Mint. They explained to her that the bills must still have both serial numbers intact to be reimbursed. Then they instructed her to send the whole mess, feces and feathers included, to them in Washington, D.C.

Once they have the bills sorted out they will issue a check for the validated amount to the Missouri man.

Dog Versus Leaf Blower! The Windy Animal Video of the Day!!!

Need Some Help Taking Down The Christmas Tree? The Bonus Animal Video Of The Day!!!
Comments