Presidential Campaign Goes To The Dogs, Prairie Dogs, That Is

There are several things that people living in Boulder, Colorado are
very passionate. Among those things are wildlife and politics. This week
it was discovered that the two had managed to come together when
political 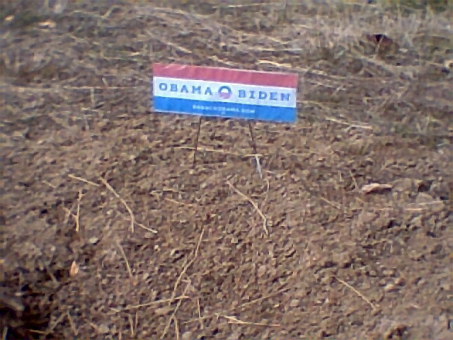 A person or persons unknown have apparently donated the signs to the communities. The signs are split along the same ratio as human polls -- about 50-50.  The mystery of how this campaign went to the dogs may never be solved unless this person comes forward and reveals his/her political clout when it comes to the animals. This is likely a publicity stunt by the prairie dogs since they are surprisingly not eligible to vote in the state of Colorado. Perhaps that is all the more reason to try to influence the human vote in this important swing state. 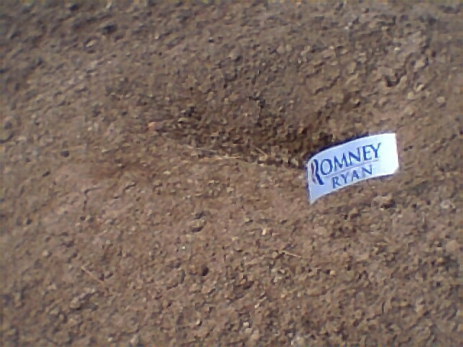 Prairie Dogs for Romney (Photo by Laurie Kay Olson (c) 2012)Since it appeared that the colony was vacant and the animals may be dormant at this time, there is a possibility that the signs were posted without their knowledge. This could mean that once the prairie dogs awaken they could be barking mad.

The signs have appeared in one colony north of Boulder along Colorado Highway 52. Another is along the south-bound Diagonal Highway on the north side of the city just as it exits onto Iris Avenue.

No prairie dogs were available for comment, but who knew the vocal little rodents were so politically opinionated?

Seattle Canine Rides Bus Everyday To Local Dog Park, Has Her Own Pass
The Best Cat Scratching Post EVER!
Comments